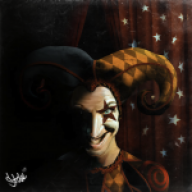 In both of the last tutorials, the Menu seems not to work properly - either that or I'm doing something terribly wrong. Anyone else have this problem? I thought I had read somewhere that there were problems with the last three tutorials; if that's the case, then forgive this superfluous additional thread on the subject.

Kain Vinosec, I sent you the GPDs since I assumed that's what you'd asked for (and maybe I'm psychic). 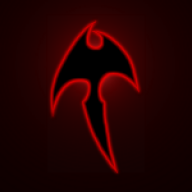 This one is gonna be shorter than the other topic. After this I really should remember to be all moderatory and clean up my forum. I have a bad habit of not locking stuff and whatknot. =P

Okay! So first up is your Boss HP not disappearing. Firstly you almost had this one. It was a little tricky though. I had to change some things on your canvas to make testing easier but I got it figured out. So, first thing is that your Walking Right/Left action programs needed to be set to go to Dying Right/Left ONLY if the Gadget's HP Dropped To Zero. Didn't need to check the box for "Got Stepped On" for that. Next up was a gravity issue. When you killed the boss he fell off the stage before all the switches could do their things so that's why your HP text was returning. The only thing I did was went to the "Registering Actions" tab, selected both of the Dying Action Programs, and changed the "Jump Speed" from 100 to 0. Do the same for Invisible as well. This kept him from falling off the screen and got the text to disappear.

Second, your pause screen worked fine. You just forgot to assign that menu to BOTH canvases. If you ran to the boss canvas it worked as intended, but on the other one you didn't have a menu set under the "Canvases" tab, and "Per Canvas Settings" sub-tab.

That's it! Hope that helped. Sending you the fixed GPD now.

Thank you very much for your patience and support.

There's actually another setting you changed that made the Health go away - and it may be the only one you need to change.

Go to Gadgets > Disappearance Settings > select Boss Penguin (on left-hand side) > check "Don't resurrect while the canvas is displayed."

If I had left it on "Resurrect off screen (off camera)," does that mean that, with a larger canvas, the enemy would continue to reappear every time I returned to that spot?
Last edited by a moderator: Aug 15, 2012

Totally forgot about that one, but yeah. It would make the boss respawn every time you walked out of where it starts from and then came back basically.

Well, thank you. You may also close this thread.