Getting error
TypeError: Cannot read property 'split' of undefined
in Many @Yanfly and @SumRndmDde plugins, I don't know why? undefined give me hint like the code are using some function, etc. which aren't Defined in the Core game file. Maybe! 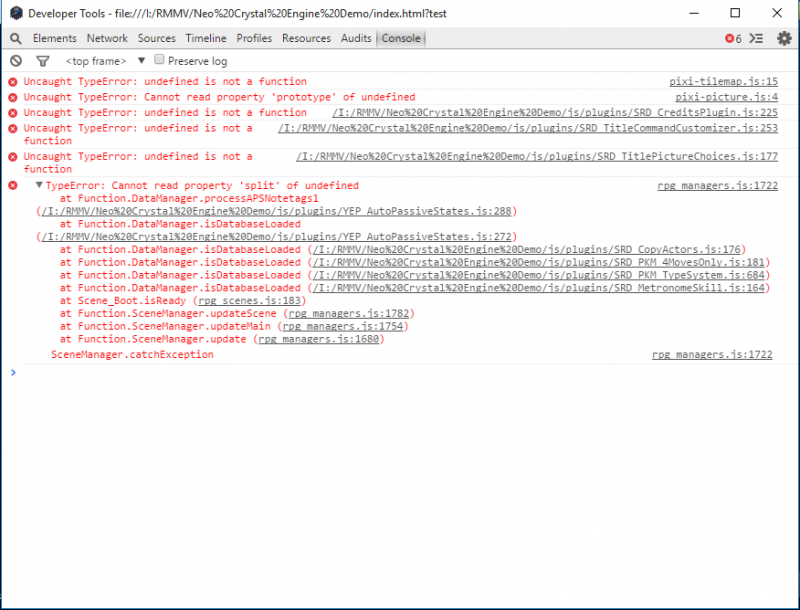 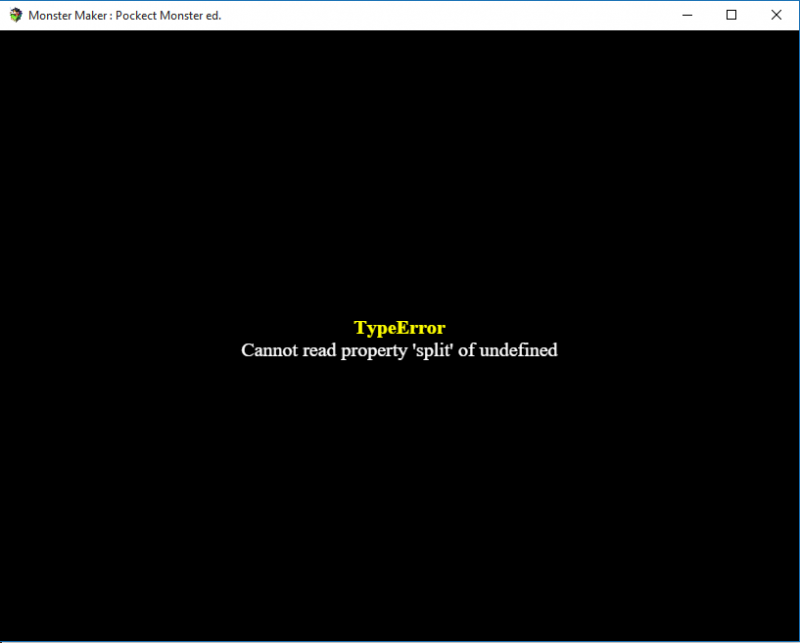 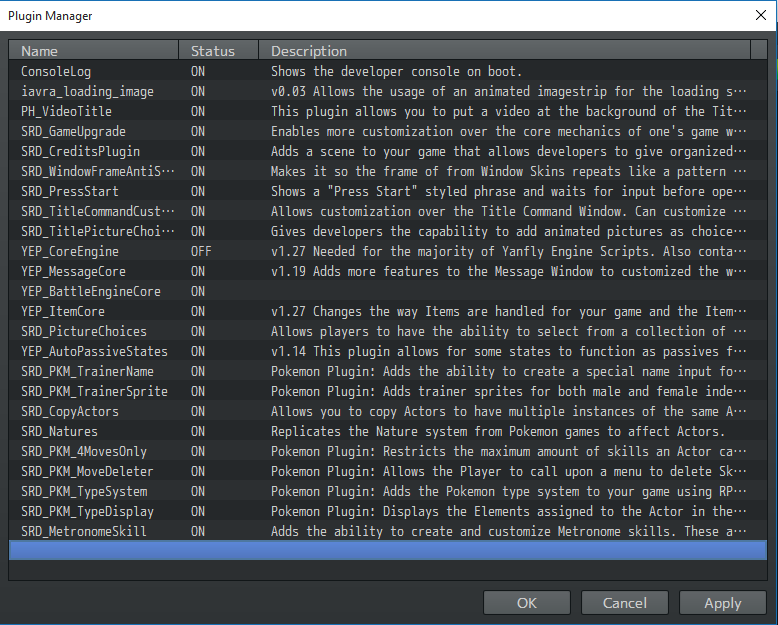 Whenever you change something in plugin manager, you'll need to start a new game because all older saves usually become incompatible, resulting in those undefined errors.

Second possibility is the use of incompatible plugins or wrong plugin order.

As well as I'm using only Yanfly and SumRndmDde plugins, as I know they both make Plugins compatible with each others.

You've focused on one error message. I can see half a dozen there. My initial guess would be that your core files are not compatible with the plugins. What version are they?

Is that the editor or the core files? They are usually not the same version unless you manually update them when an MV update comes out.

@Shaz I'm telling about the Editor, what I can see from Help -> About
Where I can check the version of the core files?

Open rpg_core.js inside a text editor and read the number at the end of the title line.
No number means 1.0

The reason I ask about your core files is that some of your errors refer to functions that should be in the pixi scripts, but are not.

This could indicate you started your project in an older version of MV, and have taken one or more MV updates (which update the editor and NEW projects created from that point), but have never gone in and manually updated your existing project.

So you could be using plugins that are written for 1.5.x which rely on certain functions to be available in the core scripts (including the pixi scripts) but aren't there because you have never updated them.
You must log in or register to reply here.
Share:
Facebook Twitter Reddit Pinterest Tumblr WhatsApp Email Link