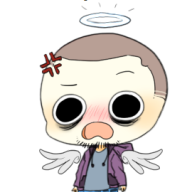 I'm working a character/class who can use skills inspired by his party member's fighting styles.
I'm trying to figure out if there is a way to have a skill appear in his menu only if a specific party member is present.

The character wouldn't be using their party member's skills, he would gain a new skill entirely if they are present.

For example, if there is a party member who specializes in fire magic, having them in the party would allow this character
to use a fire-based attack of their own. If the fire specialist were not in the party, the character would not have access to the fire attack until they were added back.

I love the idea behind it, the problem is I'm completely at a loss as how I would do this.
Is it possible? Inquiring minds want to know!

It's the little things. Lengthened the time the bar fades in and out to be a bit more comfortable.
45 minutes ago •••

LunarFlareStudios
Well, with one problem (the hurricane) over with, we now have another problem. My dad and stepmom both tested positive for COVID-19 and I'm unable to visit them anytime soon. Meanwhile, I've just posted a new video on my YouTube.
Today at 3:54 AM •••