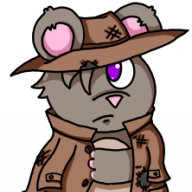 It's always a wonder when one quick comment manages to spark a long-winded debate between users...

@Touchfuzzy Yeah, I factored in indie games since you had Undertale on the list. Fact is, there is a lot of really bad indie games (no offense to indie devs) that get churned out into Steam and other game portals on a daily basis--just sorting a steam search by release shows 45 games were released just today.

But yeah, if you omit indie games and just stick to triple-A, yeah I'd say there's a larger quantity of "good" games now than they were back in the old days, but only to a degree. Maybe it's because I'm adult now, but when I see OVER 100 HOURS OF GAMEPLAY, I'm probably just going to walk the other way. I'd rather play a subpar indie or oldschool game that's going to be finished in under 10 hours than something that I'll still be trying to get through 4 months down the road.

And on an unrelated note:

@Tai_MT I mean no disrespect when I say this, but you've really got to work on toning down your post lengths. Since the idea of posting is to communicate thoughts with others effectively, it's important to know that, after a certain amount of reading, people are going to just check out. If people see your post lengths and go "NOPE!" then you're not communicating effectively. 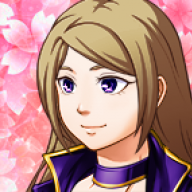 Think Outside the Box

1. Deadpool is a horrible movie and should never have been made
2. Salt poured on top of desserts is a horrible idea and ruins the sweet. (I don't like a mouthful of salt)
3.You shouldn't share photo of foods if your nails in the picture are either losing their nail polish or bitten on
4. Fake beauty marks are stupid and just distract me

That last one... they're not put on for you, ev. Women aren't putting the beauty marks on for you, but for themselves, so whether they distract you and you think they're stupid isn't relevent. XD

The food thing, tho, with the nails. Bang on the head with that.

Have you tried salt and orange slices? It's pretty good. It gets rid of the slight bitterness of the orange and enhances the sweetness instead. I recommend trying it. 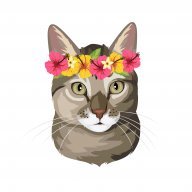 In 2020, the best part of owning a Super Nintendo is acquiring the worst games possible, then playing them with friends. Or grab a Playstation 1 sports game. Offer Monopoly as a tabletop alternative.

I got one: SNL sucks!

I used to love the show, but now... it's only a contest to see who can be most WOKE. It's stupid.

HumanNinjaToo said:
I got one: SNL sucks!

I used to love the show, but now... it's only a contest to see who can be most WOKE. It's stupid.
Click to expand...

If you go back and watch the old ones, it was a kind of left leaning for the time. Admittedly I agree and cant' stand it, haven't been able to stand it since like 95. XD

Pi is exactly 3.
Also the square root of 2 is 1.4.
Irrational numbers are for imaginary people.

Lihinel said:
Pi is exactly 3.
Also the square root of 2 is 1.4.
Irrational numbers are for imaginary people.
Click to expand...

Or for people who want more accurate results in their calculations.

For the guitarists:
Don't tell me how much better your tube amp is than my solid state amp while you've got 26 digital effects pedals plugged into said tube amp.

I don't care that I can't "gig" with this or that amp. I'm not in a band, I hope I will never be in a band or play on stage.

Please stop telling me that I can't record anything with an amp that plugs directly into a DAW.

I do not need the already mentioned 26 digital effects pedals. Stop telling me that I do.

I have two guitars set up the way I like them and that do everything I want them to. Stop telling me I need more.
Lookin' at you, Darrell "Five Guitars You MUST HAVE!!" Braun and Rick "Guitars We Think Everyone Should Own" Beato.

To pedal manufacturers:
If your pedal doesn't run on a 9 volt battery LIKE EVERY OTHER PEDAL EVER, and instead needs to be plugged in, selling me a $200 pedal without including said plug is downright reprehensible. Not EVERYONE has a pedalboard. I'm lookin' at you, Catalinbread. Not bitter about that one at all...