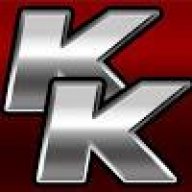 
I've started working on a LanguageManager / Language Selection Plugin which lets you change the language ingame without having the trouble of assigning variables/switches and stuff like that.


And because it's really hard to grasp what exactly needs to be changed, I've started writing a tool in C# (with the help of TheGreenKey) , which helps you, creating a localization for your game.


So I want to create a game... a multilingual game (german + english) but I didn't want to think of all the translation right at the beginning. Neither didn't I want to actually look through all MapInfos - and such - and see what texts are displayed when the game is finished and contains like >100 Maps. So I thought I'll divide this work into two parts: Create a plugin + tool in the first step and then get prompted by the tool with all the information that needs to be translated after the game is done (without touching any events or variables).


The tool is completely for you.


Description: This plugin expands the DataManager to load localized files (which are generated by you) depending on the language selected.

*Not integrated (yet) as only "nice-to-have". Maybe for future versions


Because I've started developing 5-6 plugins right off the bat, I've came up with a Core plugin to handle the compatibility. A new showcase with a complete tutorial on the tool will be released after the developing on the tool is done.

wonderful, i hope this plugin will done ASAP :3

I've updated the first post (forgot about the topic ) accordingly.


So the plugin is technically done, BUT the tool isn't. And I wouldn't want to release the plugin without the tool. Not that I don't trust your JSON skills, but rather for the sake of releasing something 'complete' for anyone.

GoodSelf
I made a lot of progress on the 2nd stage of my game. Only 10 levels but it took over a week to design and implement. Cant wait to share more info.
Today at 2:59 PM •••