For those that don´t know, character blogs are a form of promotional material that purports to be written by a character from a game/book/film/whatever, in-universe and from their perspective, altough there may be a quite a bit of fourth-wall breaking as well. It used to be a quite popular marketing tactic with the rise of the internet and social media. For a writer the practice provides several benefits. It gives fans a way to write and explore character interactions in a new setting, as well as provide a fun way for fans to interact with the characters of a beloved franchise.

I used to do it a lot when I was younger as a form of amusement and to train myself as a writer.

Both Nintendo and Valve has used this method, The Warioware crew has a shared blog (although only in japanese) and the Administrator, Ms Pauling, Saxton Hale, Soldier, Heavy and even the Pyro used to regularly post on the official Team Fortress blog.

Here I want to discuss the potential use of character blogs to promote a new ip and if it is still a worthwhile practice to pursue. The most immediately obvious problem is that nobody will know who these characters are, so why care? It is funny when Soldier rants on the TF blog because we know the Soldier from the game and it is neat to see him in a new situation seperate from the game world.

Psychonauts was a new ip that used character blogs in their promotion extensively in their marketing, but even then they kind of had a built-in audience since Tim Shafer was behind the game. A completely new indie-game from a small scale developer may not bring in the audience needed for character blogs to work as a concept, and may even end up alienating the audience if they do not understand or have no context for the character interactions. An additional problem I foresee is that character blogs feels a bit outdated as a concept. It may have been cool when social media was a new thing but right now seeing a videogame character actually interact with ”the real world” seems more gimmicky. There is also the added problem that nowadays fans often create twitter and tumblr accounts for their favorite characters and any ”official” attempts to do the same just gets lost in the noise.

That said the at-least-it-would-be-beneficial-for-the-writer aspect remains not to mention that it would be very fun to do! I just think the whole core concept needs some sort of refreshing twist in order to stay relevant. I would love to hear everyones thoughts about this, expecially if anyone has ever dabbled in something similiar or been in a similiar situation from a developer standpoint.


So, to sum up what a character blog is:

The pros of the practice:

-Great way for a writer to explore a character

-Fun for fans to see a character in a new light

-Not suitable for new ips

One- Would people even read them? You have to establish a game first before even doing that. The characters made by Nintendo are somewhat famous, so giving them a blog makes sense. But for a non-descript indie game...not so much.
Two- If you haven't already established a character's personality in game than it won't translate well outside of it.
Three- who has time to read them?

Who has time/who'd read them? People who enjoy the concept.

Definitely not suitable for new IPs, though; you'd need a following before there really becomes any interaction, unless you're doing it as practice for getting a character's voice.

As far as I can see, there is nothing here that is specific to commercial games.
[mod]I am, therefore, moving this to General Discussion.[/mod]

While best for established IPs with well-liked characters, I think there's room to promote a new IP in this way too if you really tell a story (and preferably a side-story or similar so it doesn't spoil your game) through the social media. For example, think how cool it would be if a Batman-like character were issuing pleas to a city's citizens, in a way that let you kind of follow along with his exploits, while the villains he's chasing taunted and teased him the whole way. 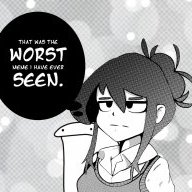 So, the general consensus seems to be that this is not a practice suitable for new ips (which is what I expected). What do you guys think of the practice in general though? Is the practice sort of out-dated? 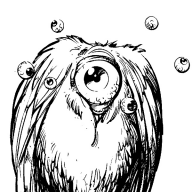 I think well done character blogs can be useful for marketing even for new IPs. If someone likes your game and is trying to convince others of it's quality, they could point friends to the character blogs. Attracting attention for a new IP would be hard but I think it could help. The bigger question is it worth the effort? I don't know. It only costs time to make unless you have custom artwork commissioned. It does give you something to point to when promoting on sites.

Personally i think characyer blogs are a cute idea. I mean id read one even for characters i dont know, im just not sure who else would.

as a TF2 player, I can tell you, nobody cares about what's posted in the blog.
we players (not to say 'me personally') we just want a playable game, running and making sense.

-"so the Soldier and Merasmus were roommates? good.... when are you going to fix the bejillion bugs we've been telling you about since 2008?"

dulsi said:
The bigger question is it worth the effort?
Click to expand...

Personally, for me it would be just for the cheer fun of writing them.


gstv87 said:
as a TF2 player, I can tell you, nobody cares about what's posted in the blog.
we players (not to say 'me personally') we just want a playable game, running and making sense.

-"so the Soldier and Merasmus were roommates? good.... when are you going to fix the bejillion bugs we've been telling you about since 2008?"
Click to expand...

As a fellow TF2 player I definately agree (and not just bugs, add the community canteen crasher courses to the official MvM rotation already!), but the blog posts and comics are a big part of the updates and something many looks forward to. That said the storyline has gotten pretty stupid since they moved away from the sixties spy pastich.
You must log in or register to reply here.
Share:
Facebook Twitter Reddit Pinterest Tumblr WhatsApp Email Link

??????
I spent ages to make this image and still dont like it.. How would you showcase a bunch of levels/maps in one single image?

PixeLockeT
Thank you all angels so much! I've received fanarts, fanfics, song cover, and Ko-fis and such wonderful messages already! T uT Look at this message I'm crying (Ko-fi was being mean saying it was anonymous but she was like nooo it's me and showed me).
Today at 4:28 PM •••