Uzi's Drugged Adventures: Vengeance with a side of eggs 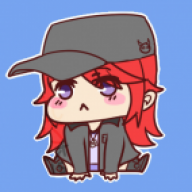 Story / Setting / Purpose:
Uzi is a crazy little fixer that is addicted to pretty much every drug she can get her hands on. But how did she get this way? Nobody knows. The truth lies deep with in her mind. Even though she doesn't care to know the truth, the truth wants to be heard. After getting high, Uzi falls into one of her delusional states. But this time her mind has plans for her. It wants her to remember that which she had forced herself to forget.


In this adventure you must try to save the king from the crazy Dr. Uranus. Hints of her past linger around every corner, but will she even notice them? Or is the reward that the Queen promised her the only thing she can think about?

The game is like a Zelda shooter. Enemies won't attack you unless they see you. Different enemies have different ranges of view. Some enemies you'll want to kill before they see you, others you will want to avoid all together. There's a LOT to do, including 20 achievements.


Rating +17: Alcohol Reference, Blood and Gore, Crude Humor, Drug Reference, Partial Nudity, Sexual Themes, Sexual Violence, Strong Language, Use of Alcohol, Use of Drugs, Violence.
This game does not promote the use of drugs, alcohol, or anything else horrible you can think of.

Personality: Insane, Crazy, Silly, Druggy
Human Type: Fixer
Rank: Staff
About: Uzi is an insane druggy. The only reason she isn’t brain dead from all the drugs is because she’s a fixer (Very Powerful Brain). Rika normally pranks her or uses her as target practice. The bullets don’t kill her though because she accidentally equipped herself with REN thinking it was a drug.

Known Issues:
Enemies and villagers spawn locations are random. So if you save in a village where villagers can spawn there is a small chance you will spawn on them and get stuck. This is not a big deal. Just quit and reopen the save. They change there position every time you open the map.


- Admin's room won't open if you did the clown achievement.


- Walk through walls that contain blood.


These problems were found by shayoko from http://rpgmaker.net/


Thanks for your help. 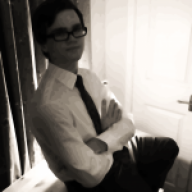 The humour was meh for the first 10-15 minutes, then it shot right up to eleven.