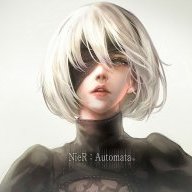 The game world is entirely focused on a single communal continent called Aecren territorially shared by 4 nations divided by borders. These nations are defined by its dominant ethnicity however it also contains various tribes and groups. The 4 nations(its capital) are called Vadell(Eldervale), Secca(Besdjesir), Kumitori(Shishiri), Ermeda(Lenaria) each raring to wage war because of territory and resources reasons however held back by a peace treaty signed by each nations forefathers.

The game follows a young lads story after the town where he lives has been wiped out by the Seccans due to their suspicion of the Vadellon bombing their main mining facility which will begin a new war between nations. This incident has killed all his friends including his parents which has led him trying to recuperate from this by joining the military forces of Vadell. Furthermore, many problems will arise after this forcing the young lad and his soon to be allies to cling to the edge hoping one day they may claim again the peace and harmony they always have.
» CHARACTERS «

Epic Story - Consist of different endings depending on what action or choices you made.
Long Gameplay - Targets around 30 - 40 hours of gameplay but still depends on how the story will develop in the future.
Artefact System - An additional equipment system that may give bonus advantages or strengthening skills or stat to characters.
Character Quest - Each character have it's own side quest to know them better and may strengthen their skills.
Calculations and Formulas - Deviate from the standard rpg maker calculations for various mechanics.
Information Buying - Negotiating with npcs to know more about the environment of certain places.
...more to be added soon if already finalized
» UPDATES « 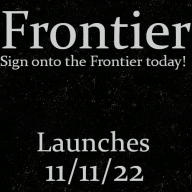 I'm an anarchist. No, really.

Sounds interesting. Where can I find updates on your progress? Do you have a Devlog somewhere?

JamesdomusGames said:
Sounds interesting. Where can I find updates on your progress? Do you have a Devlog somewhere?
Click to expand...

Nada, just this thread for now maybe soon if i add more features or progress in the story

Interesting, how's the game coming along?

Arctica
WE ARE THE BORG. YOUR BIOLOGICAL AND TECHNOLOGICAL DISTINCTIVENESS WILL BE ADDED TO OUR OWN. RESISTANCE IS FUTILE.
Today at 6:03 AM •••

Tiamat-86
D2R save files are so broken. how was the beta test better then the full release. blizzard's last hope crashed and burned.
they're getting no more chances from me.
Today at 5:55 AM •••