I'm trying to show the enemy's health with pictures, but I keep having some issues. 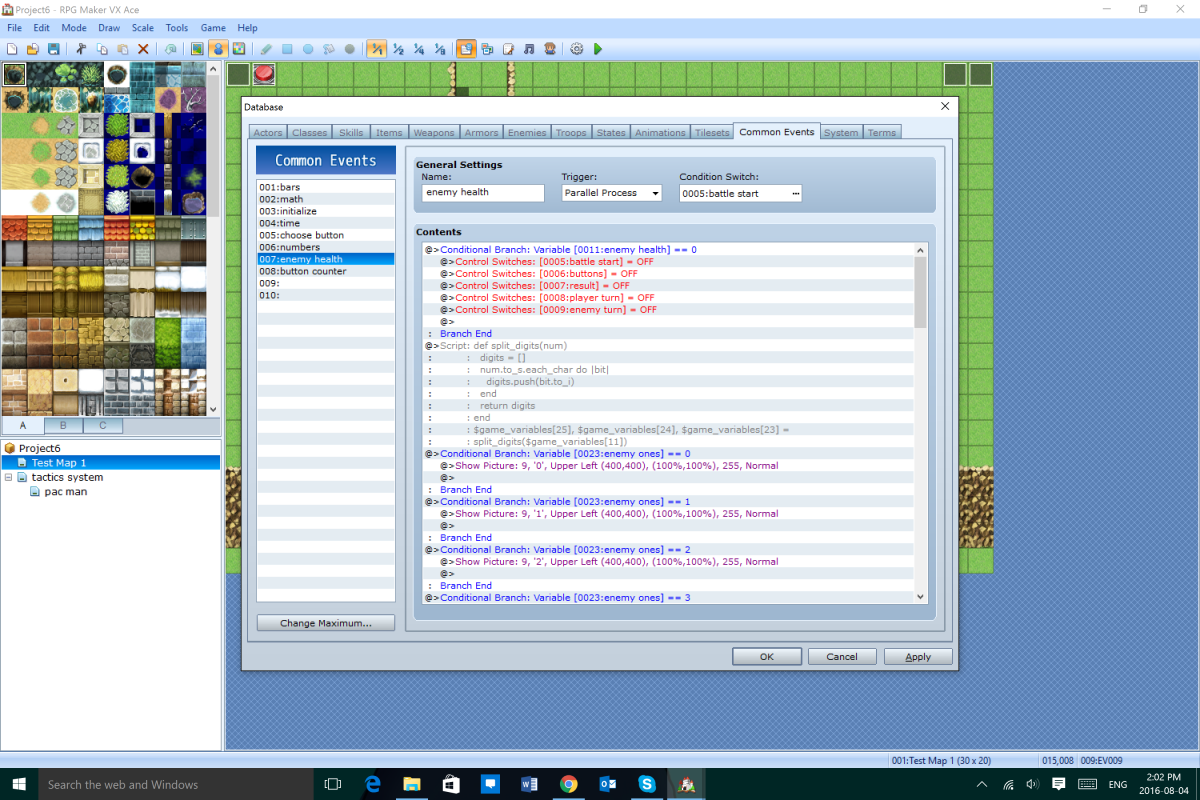 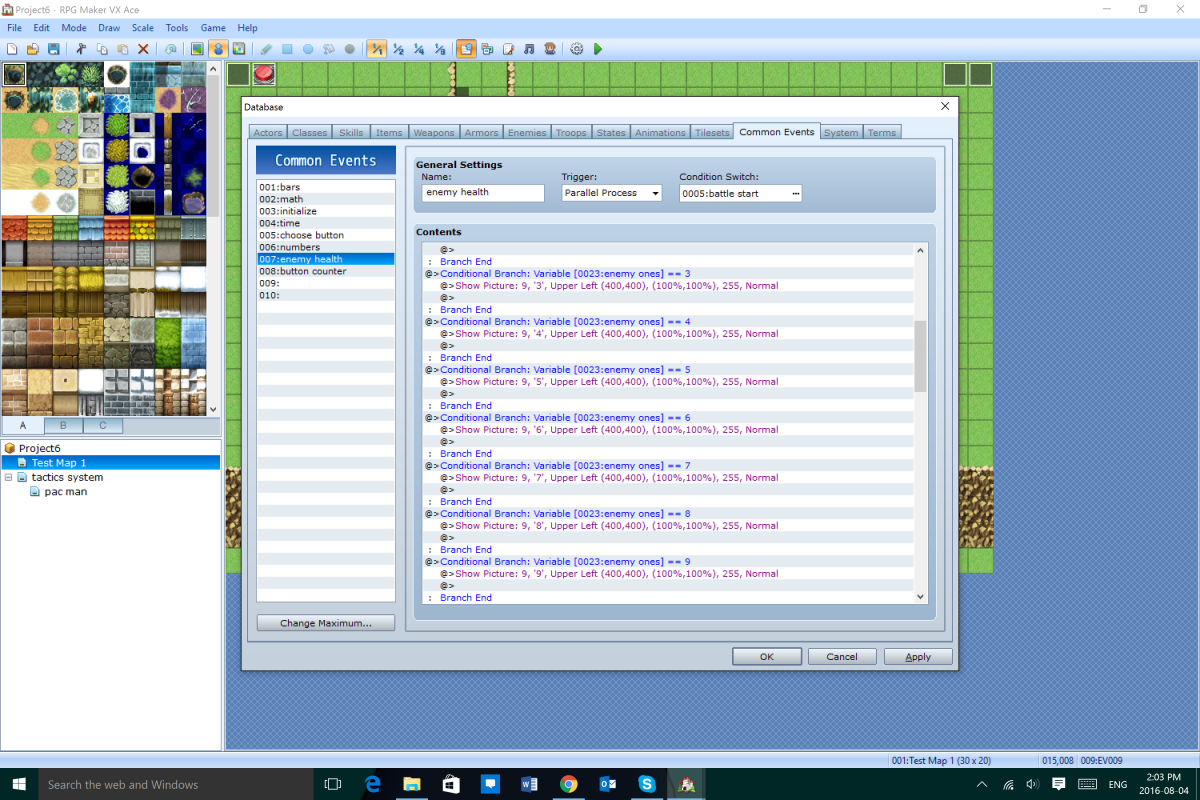 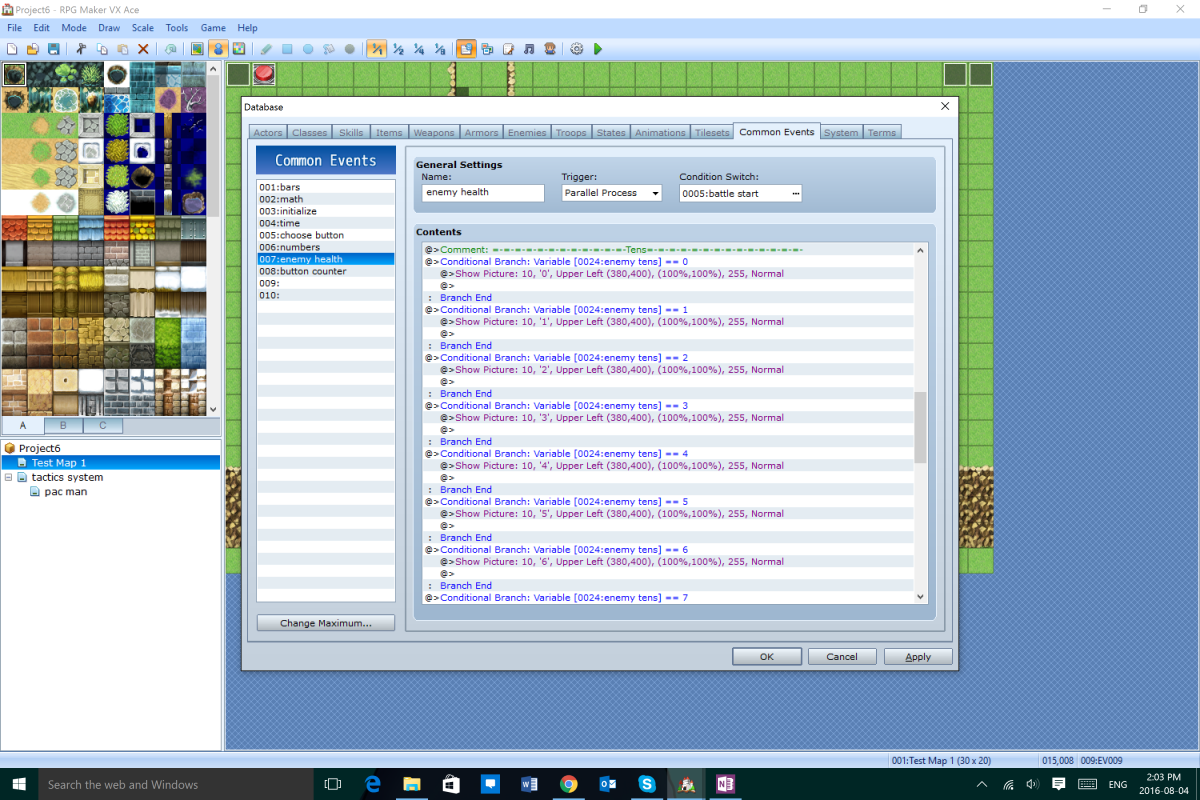 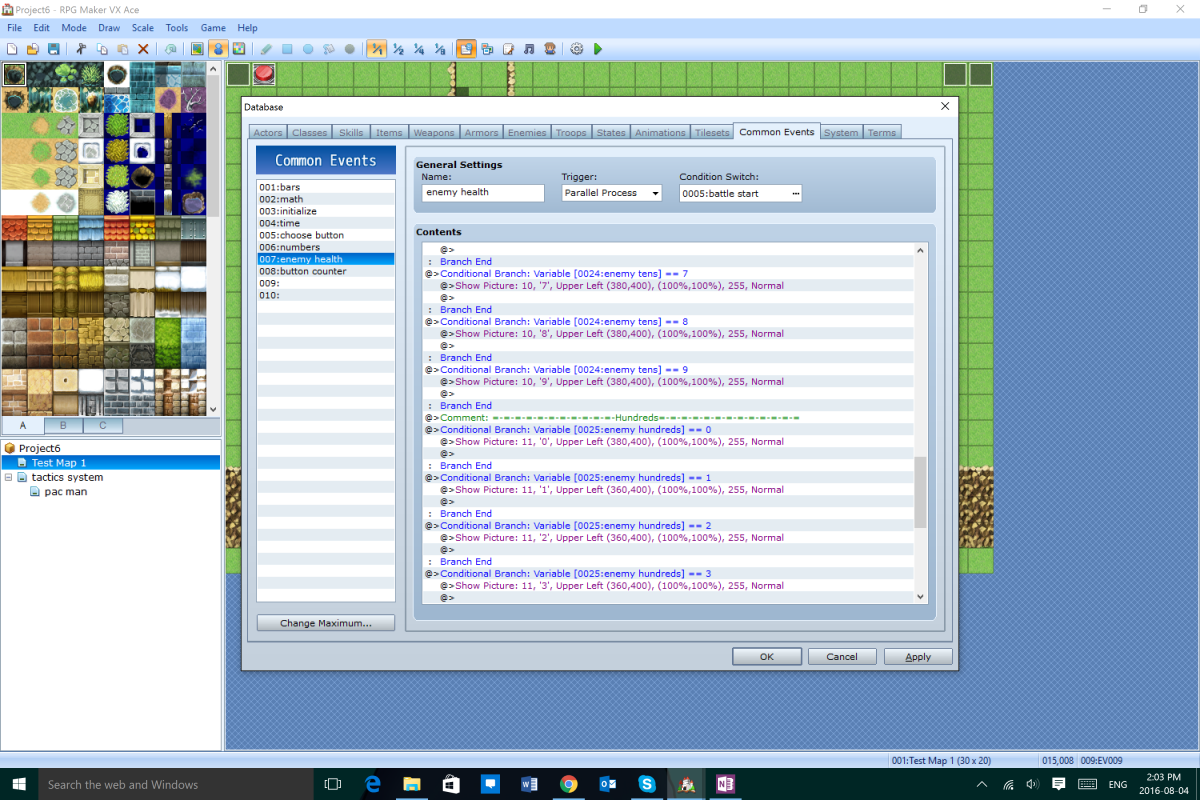 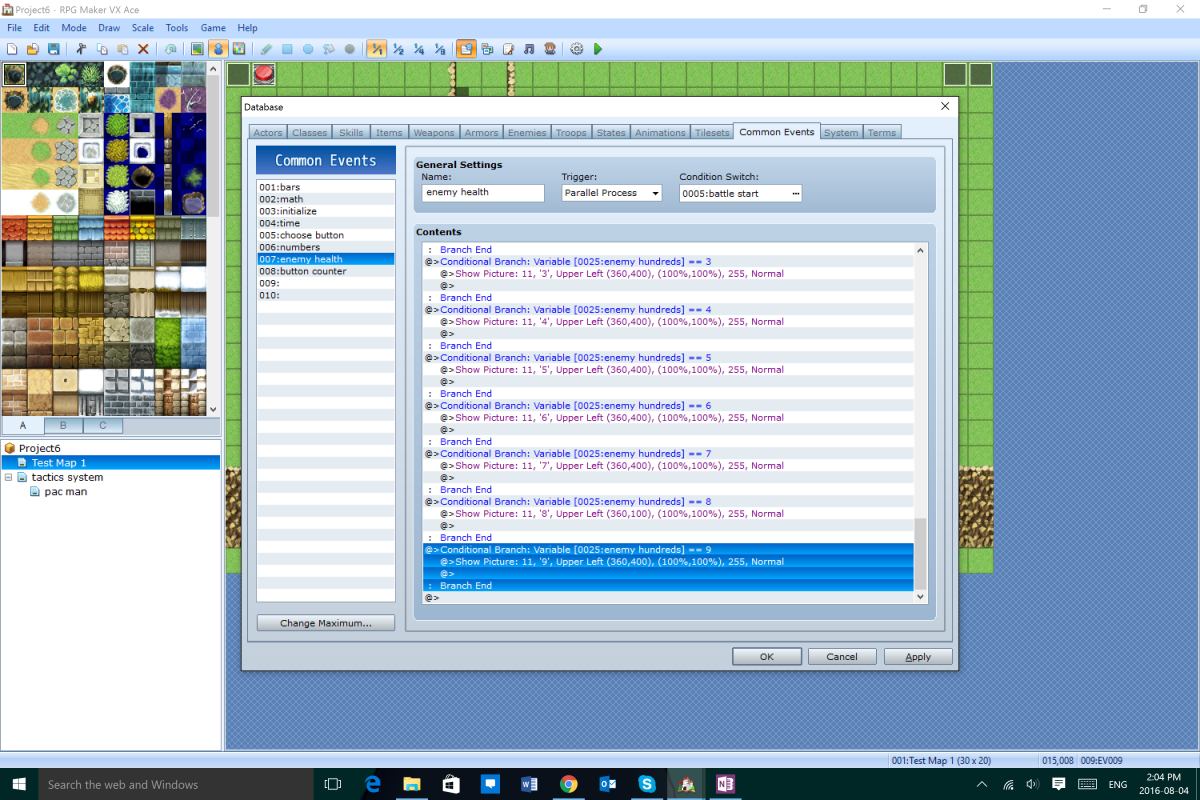 This is my common event. 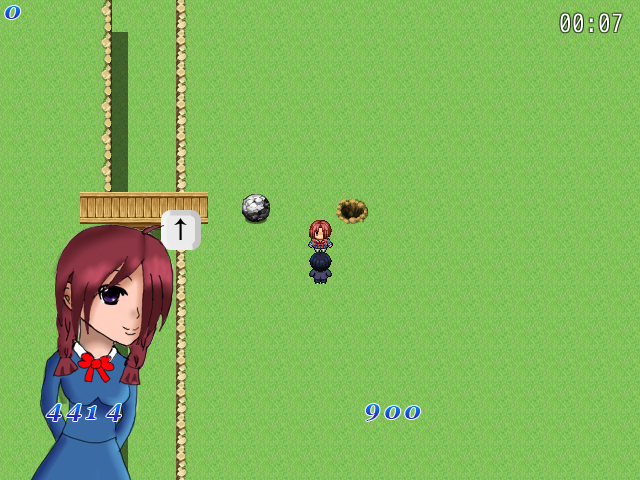 I had set the variable to be 100 originally, and when I take away ten, the wrong digit is being assigned. When I press F9, it says that the health variable is set to 90, but when I look at the variables I set for each number, it says that the hundreds column is equal to nine and the rest of it is equal to zero. But I thought it should work because of the way math works.
Please tell me what I am doing wrong.


It seems to be doing this with every number that goes into another digit. Whenever the first number goes to zero, it automatically resets to 9.
Last edited by a moderator: Aug 5, 2016

if the wrong numbers appear, then something in the script you're using to split the numbers is wrong. I don't know how that split command works, but I suggest checking its syntax - if you really want to do it that way.


Because my suggestion would be to drop the script and use a series of control variable command. Using the modulo operation should make the split easy


1) Hundred digit: Base number divided by hundred (reminder is automatically dropped as the variables are integers)

It works for the enemy HP, but when I go to do the same for the player, the hundreds digit doesn't show up at all.

make sure that all your scripts are configured correctly.


Let me guess: you used Yanfly's Message system but never configured it? Because the default configuration of that script uses two variables in the area of 20+ if I remember correctly, and changes them for its own purposes.


If that is not the cause, please show screenshots of your current event setting the numbers (no need for the long picture checks, only the place where the numbers are calculated)

Actually, no. I just figured out it was because the test character I used has over 4000 HP, so I just set it so that she starts at level 1 instead of level 90 and it worked.

The problem is that you're pulling your number apart from left to right and assigning them to the variables from left to right.  So if you have 3 images and the HP is 90, var 1 will be 9, var 2 will be 0, and var 3 won't have anything, so will probably default to 0 (because there's logic when checking the value of a variable to say if it's undefined, make it 0).


In that script call, before assigning the digits to variables, you need to add any leading zeros, so the units and tens will actually get assigned to the variables for units and tens, not for tens and hundreds.

Almost 5 am.. and I decide to put up a Youtube video instead of sleeping. It's strangely addicting!
8 minutes ago •••

Poryg
If I survive the pandemic without 2nd degree obesity, I'll celebrate. The stress I have to deal with at work is so insane my candy consumption has increased by 400% just to help me survive the day sometimes.
22 minutes ago •••

Avery
I don't like calling my daily stuff coronadailies... anyone a better suggestion?
Today at 6:15 PM •••