Variables and switches for quest? 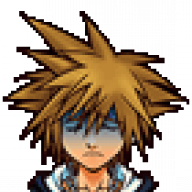 Im trying to set up a questing system. Maybe a fetch quest or a hunting quest, how would i go about making the game recognize certain items in my inventory? Or maybe know i killed 2 / 5 slimes for a quest? I read it has to do with switches and variables but i cant seem to find anything on this game ( or im not looking right, sorry lol )

If this information is already available i apologize for posting. Thanks to anyone willing to take time and guide me through this awesome software.

The Tutorials board is for sharing tutorials, not for asking for help.


I've moved this thread to RM2k3 Support. Please be sure to post your threads in the correct forum next time. Thank you.

I'm pretty sure this is actually more complicated than you would think. I was rather impressed by the quest system of RPG Maker MV and this seems to be around the level of questing you are asking for.

Fetch quests aren't hard. There is a section in each event that allows you to check for an item being in your inventory. Where it gets more confusing is when you want to check for an item not being in the inventory that is required for a quest but could also be used up or lost, requiring a restock. This can be done by making the start of the event a conditional branch since it is the only way I know of that will be able to recognize an item not being present directly.

As for the killing slimes idea... If you are using random encounters, it will be a lot more complicated. The best way to do it instead is to make the slimes move around on a map and be their own events. When they are defeated, you would set it to give a +1 to the quest count variable and when that variable has a value of 5 or greater, the next page of the event would activate for completing the quest. In case you are going to be doing this with a variety of enemies, you may want to designate a certain sprite to be a generic enemy representation rather than trying to have accurate art for each enemy, but at least 2003 already comes with some common enemy actors to use. If you want to have a counter on the screen for the enemies defeated, you could make a common event related to the event that will show an image at the top of the screen using show picture which allows you to set coordinates of an image. You would have to make the display as a set of 6 images, but it wouldn't be too hard. At the same time, it would not be the best idea to use this method and making a memo item could be much better because if you have the possibility to have two of these quests active at the same time, it would be very messy. The memo item would still be a parallel process common event but display only when the item turns on its switch.

But yeah, if you have questions about more general quest ideas, you will have to be specific. Maybe there is a guide on it somewhere, but I don't know where and it is pretty straight forward to do a lot of them.
You must log in or register to reply here.
Share:
Facebook Twitter Reddit Pinterest Tumblr WhatsApp Email Link