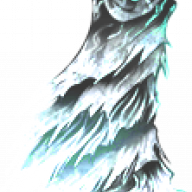 So I have a few different maps created and I was wondering if it is possible to use a random number generator to select up to 5 of them and change the entrances and exits with variables so they lead to each other,

Also as you can transfer player by using variable id can you use that to take you to a random map?
Last edited: Jul 13, 2017

of course - and transfer player command is the way to go, no need for a plugin.

if the transfer player command uses the variable option, then the number in the variable to be used for map is the ID of that map - the number you see in the bottom left.

However, because that number needs to be the map ID, you need to use control variable in a way to get the correct numbers.
The easiest way is if the target maps are a sequence of numbers - for example if you want to end up on a map between map ID 8 and 12, then you use a single control variable to get a random number in that range and then use the transfer command.

If the map numbers are not a sequence, you need a series of conditional branches to convert a random number into the map ID.
In your example above, that would be first a control variable random 1-4 (because you have four maps), then four conditional branches "if variable = 1 then set variable to 5, if 2 then set to 7 and so on - followed by the transfer command.

TheoAllen
I haven't make anything new yet, but I'm back addicted to writing some MZ plugins. Man, I wish I have more free time like I did 5 years ago.
Today at 7:11 AM •••