This plugin improves the Dual Wield trait. The equip slot is changed so the actor don’t lose it’s ability to use shields, being able to choose a shield or weapon. The battle motion is also changed, so each weapon has it own attack motion, the damage is also calculated separated for each attack. Beside this, the plugin adds new features such as two handed weapons, double grip, bare handed and others. 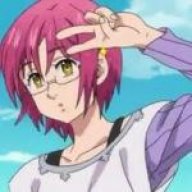 This is awesome.  I've been looking for a way to separate out the weapon attacks when dual wielding for a while (working on compiling scripts to make a dungeons and dragons game possible).

Thanks for your hard work and this amazing plugin.

@Victor Sant, more and more you are becoming my hero!!

Victor, I had been working on a very similar plugin and ran into several issues that you seem to have taken care of nicely.


One issue I found is also still a problem in your plugin as well though.


If the dual wielding actor has no weapon in his mainhand, but a weapon in his offhand, both attacks will use the weaponsprite of the offhand weapon, instead of the expected mainhand swing being empty. The damage is still properly calculated per attack though.


I tested this both in my own project, and in a fresh one with only your core plugin and this one. It doesn't happen if the actor  has a mainhand weapon and a bare offhand though.


I also found a weird incompatibility with Yanfly's weapon animations plugin, which causes an issue where both weapon swings will always use the weaponsprite of the mainhand weapon.

ramza said:
If the dual wielding actor has no weapon in his mainhand, but a weapon in his offhand, both attacks will use the weaponsprite of the offhand weapon, instead of the expected mainhand swing being empty.
Click to expand...

Found the issue, an update will be avaiable soon.


ramza said:
I also found a weird incompatibility with Yanfly's weapon animations plugin, which causes an issue where both weapon swings will always use the weaponsprite of the mainhand weapon.
Click to expand...

I know about this issue but didn't care to check that because of this. As I hate to waste time and effort doing something that will end useless, I'm waiting for a position about this (if they will be able or not to implement that), if they confirm they will not add then I will do something about it.

Victor Sant said:
I know about this issue but didn't care to check that because of this. As I hate to waste time and effort doing something that will end useless, I'm waiting for a position about this (if they will be able or not to implement that), if they confirm they will not add then I will do something about it.
Click to expand...

I suspect that this issue might be related to the same problem I was having with my own plugin. Weapon animations rewrites how the weaponsprites are drawn, and caches them after the first attack. In the case of my plugin, I am repeating the attack action through the engine by adding an extra attack, which seems to clear the cache after a successful hit, but yours is probably not making a second attack, and is using a custom function that isn't clearing the cache as an attack would.


If you reset the cache values at the beginning of your second attack, it will probably fix the issue, as this is stored on the actor instead of the weapon.


Then again, I barely have any idea what I'm doing, so good luck XD

If they don't add the option to setup weapon graphic on the maker on the next updates, I will write my own plugin for that. As I need that for my animated battle and I need full control over it.


BTW. the code I posted on that topic already works fine, So all I would need is to add the codes to get notetag data.


BTW2. the plugin was updated, check if it solved the empty main hand issue.
Last edited by a moderator: May 9, 2016


My only gripe is having to put <bare handed weapon> on every weapon in my game to facilitate the ability to have an empty offhand still deal an attack if the actor was dual wielding. But that's minor and easy enough to workaround. Kudos.


Found a couple of bugs with this plugin:

ramza said:
If an actor does not have the <bare handed> type, but is not wearing a weapon in either hand, the status screen incorrectly shows both hands as having ATK, when the offhand should have '---' shown.
Click to expand...

This don't happen by default, neither with the default menu or with the EquipCore v1.11 (wich was the one I used when making the patch).


As it was with the throwable objects, I have no plans of updating a patch if the original plugin was updated and made the patch not work properly.


ramza said:
If an actor is left handed, he will start the game with no weapon. Because the editor doesn't know to put the weapon in his shield slot. If he's dual wield-type, this isn't an issue
Click to expand...

There is nothing that can be done about that, since the plugin can't change the editor behavior. Just equip the weapon/shield with events at the game start.


ramza said:
If an actor is left handed, and has a shield equipped in his offhand, and no weapon in his main hand, the status screen incorrectly shows ATK for the right hand, and --- for the value of ATK for his left hand, which should be reversed. When a weapon is equipped into the left hand
Click to expand...

This issue happens only with the equip core, I have no Idea of how to fix it, neither the time to look at it anytime soon.

I will check into this issue.

I guess in the meantime, I will work around the majority of these by not making my actor left handed.


I battle/action sequence related problem with this plugin. I am unsure if it cropped up in the 1.03 or 1.04 versions, as I was using 1.02 and attempted to update to fix the above issues.


Previously, doing a normal attack would repeat the "Target Action" section of a sequence twice. The result of this was the actor staying in melee and swinging twice, which is what I expect was intended.


As of one of those updates, the "finish action" also plays twice, which results in the actor hitting once, moving back to start, and then hitting the second time.


I localized the problem to the dual wield update, as it worked on the older version, though I don't know which update caused the problem. I know you're not obligated to even look at a compatibility issue, and I'm alright with keeping the old working version instead, but the new BattleManager.isSecondAttack() function doesn't exist in v1.02, and I could really use it in my action sequences.

I updatad the dual wield (and some other plugins) to work with my own Battle Motions plugin. (And also improve their compatibility with other plugins that uses the rpg maker default logic to process battle actions)


The battle core required patches specifically for it, patches that I removed because they simply didn't work with the new logic. Now, when the subject is the Battle Engine Core, I will not even check any issue.


The battle engine core is too big and too complex. Understanding how the battle core works requires time that i'm not willing to spend on it when I have my own action sequence plugin to take care of.
Last edited by a moderator: Jun 19, 2016

I was able to backport the BattleManager.isSecondAttack() function to v1.02, with the caveat that it has to be manually set to false in the finish action of an action sequence that used it.

You can do whatever you want with the plugins on your project, feel free to edit them as you need.

You are a gentleman and a scholar.

Vic, what's the Symbol that you used for each slot?

kovak said:
Vic, what's the Symbol that you used for each slot?
Click to expand...

Yeah, like when you add a Symbol to display an option in the menu window.

Well, i'm changing the Status scene with this plugin


Thing is that if it's the default Status Menu the Hand and Off-Hand atk appears.
I think you'll understand if you see this:

Well, I still don't get what do you mean,

TheBadTimeCat
Working on a game related to cats, it's gonna be a passion project and my first game on this new platform. I'm excited!
18 minutes ago •••

Kirri
Is this Profile Banner thing new? Or did I just discovered it now?
Yesterday at 8:50 PM •••

ImaginaryVillain
Well.. I was going to post my randomly generated road experiments... But the new "Attach Files" on profile posts seems to be quite buggy. Also there's no more option to insert Imgur images. Highly unfortunate. Guess I'll give them a bit to fix it and go back to messing with stuff.
Yesterday at 5:03 PM •••