RMMV VE_DamagePopup + YEP_BuffsStatesCore; showing only one regen popup despite having 2 regen states 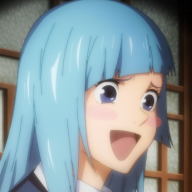 Here I am again, I've been fighting this for some time already but it's too confusing for me.
So, Buffs States Core by Yanfly allows you to create states with custom effects. I'm using this to make a balanced poison and bleeding debuffs. They both cause the target to lose hp but their formulas are different and poison doesn't kill.
Victor Engine Damage Popup plugin causes damage popups to be more custom, you can animate them, change their colors etc. I've tried using SRD's DamagePopupCustomiser, but the "custom" effects were broken.
My goal is to make the Poison damage green, and the Bleeding damage red.

To the problem. I've implemented 2 states for my game, those are the codes I made:
Poison:

To make those effects colored, I used:

Code:
The issue appears no matter the way to show the popup, so I put a less complicated version for testing.
This code works fine. Sadly, once I turn on VE_DamagePopup, bam, only the Bleeding popup appears (probably because its ID is higher). Now, I've done some research and I'm pretty sure that's because of the function that Victor has overwritten. It's Sprite_Battler.prototype.setupDamagePopup. That function is also in YEP_BattleEngineCore. I think that because the bug occurs for both startDamagePopup() and callCustomPopup.

Here's a project with recreated issue: [TEMPLATE PROJECT]
I removed all the music and most of graphics so it's lightweight, test it at your will~

So yeah, I don't know what else to add. Please ask questions if unsure. Thanks.

Unfortunately, if you have two plugins and they're both overwriting the same function, they're not going to be fully compatible with each other.

updateee, I managed to make a fix for that. It was not exactly what I was aiming for, but I think it looks pretty nice. I was testing things out with this plugin and it turns out that by default this plugin makes state damage sum up and show the full value instead of showing multiple of them. Because of that, instead of changing the plugin code, I changed the code of my states.
The popup works by going trough all the battle members and checking every state they have one by one. I sacrificed one variable for gathering the total damage value that is supposed to popup in the end. This is a temporary fix for only 2 states. That would be a little more complicated for 3 or more but for now it works fine:
Poison:

Code:
If someone stumbles across this post because they've encountered a similar problem, here's an explanation how to make a fix for 3+ states:
Let's say you've got 4 states. The first state will only have the popup command for its own color.
The second state will have "if" statement that checks if there's the first state. If yes, show color 1+2, else, show color 2.
The third state will have a switch that checks all the combinations: case 3, case 1+3, case 2+3, case 1+2+3
Similarly, the forth state will have even more combinations: case 4, case 1+4, case 2+4, case 3+4, case 1+2+4, case 1+3+4, case 2+3+4, case 1+2+3+4
Of course, all the cases need to have the "variable += value". Another problem is resetting them. In my 2-state fix, I only put "variable = 0" for the bleeding effect, but it gets more complicated with 3+. I suggest checking if there are another states before resetting the variable. So, state 1 checks if there are 2, 3 or 4+, state 2 checks if there's 3 or 4+ and so on. If false, set variable to 0.
It works that way, becasue the state with the highest id shows its popup.
I don't know if it's going to be laggy or not if there's more than one battler with this many states, but I can't see a simpler option without editing the plugin.
So yea, if you have any problem with recreating this, feel free to message me. I will try my best to help you
You must log in or register to reply here.
Share:
Facebook Twitter Reddit Pinterest Tumblr WhatsApp Email Share Link