I've had a couple of people asking about my art and if I have a gallery or anything anywhere... and I don't really. At least not a proper one. Because I'm lazy and don't like to update things very often.

But I figured I could post some artworks here as and when I think about adding them. It's a bit sparse right now, but I will update... maybe. They're mostly finished pieces and I'm unlikely to edit anything, but critique and feedback is always appreciated!

I've recently started to do chibis of all my favourite original female characters, mostly just for fun. I've only got a few so far, but I'm sure I'll do more when I have the time!

I tried something different with the lineart here. It looks a lot more even, though it does lose a little something. Then again it takes about a third of the time than my old way so I'll likely stick with this style for now. I'm not 100% finished with this one. There was a lot of redesigning involved with this character [some people from back in the day may recognize the character here as the protagonist of a Demo I produced back in 2004 called Fear of Life for .org] and I'm still working out some of the finer details.​
​
Last edited by a moderator: May 7, 2014

So much expression in the eyes, I love your work!

You are really talented

Made a small update to Morgan, added the shadow, fixed some small issues such as her gun handle being missing and for some reason the trim colours on her jacket and boots weren't matching... I have no idea how that happened but it's fixed now! Nothing major though so it doesn't really warrant a second look~

Awesome work Vex, thanks for sharing, I love your chibis and your beautiful artstyle.

I usually prefer girls with long hair tbh, but for some reason I have a strong attraction towards Morgan, she's both badass and cute.

Lovely work~ I really like the shading on the newest image. The different between the base and shade colours on Morgan compared to the other two girls makes everything seem more bold and pop and wow alive. I do see what you mean about the line art losing a little something on that image though (the varied line weights on the first two chibis are so nice!! and it would be interesting to see the bolder shading with the bolder lines).


They all look super cute though! Especially their expressions they have a lot of character.

@Makio - Thank you! Yeah, the bolder vs more subdued colours was a deliberate choice. Amelia and CJ are girls that inhabit a dark, Victoriana ghost story vibe game/story, so I wanted to give them more of a... I guess a dusty, slightly old feel. Whereas Morgan is all about the bold colours and being bright and vibrant - partly because of her big city lifestyle but mostly I wanted to use colour in her design to highlight her Synesthesia. She sees colours in words and shapes and tastes emotions - it's kind of a blending of the senses, a clash of sorts that I wanted to show a little in her design.

Yeah, I like the variation in line too... it's harder to pull off with the new method. Perhaps I shouldn't be so lazy and stick to the older lineart style. Hmm...

@Dalph - Thank you! Morgan's design was pretty... uber-butch before now. I really wanted to try and feminize her while still keeping that punk-chick short hairstyle and her attitude so, I guess it worked if she's attractive!

Wow a pretty great combination of the chibi's standart style but in difference you put a lot of detail who naturally drawer don't put to much great job and the color is really awesome ;w;

for some weird reason Claudia jean's hairstyle reminds me of a librarian.

Ohh, neat! Synesthesia. I have a hard time grasping the concept of it, even though I read about it a few times a couple years back, but it's cool to see it being applied to a character both as a trait and in her design.


Not sure how difficult it would be, but you could try doing the line art the new way and then going in and adding some heavier lines where you'd like afterwards? I don't think picking a faster method is necessarily lazy though. It's optimization of time, and time is important. Finding a way to work with the new style would be the handiest. xD 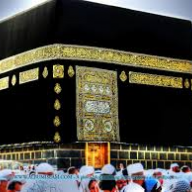 Your lines are so crisp and beautiful! <3

nio kasgami said:
Wow a pretty great combination of the chibi's standart style but in difference you put a lot of detail who naturally drawer don't put to much great job and the color is really awesome ;w;
Click to expand...

Thank you very much! I really try and add as much detail as possible to my designs without cluttering them. It's difficult to get the balance right, but fun to play with accessories and clothing details.


supertristan00 said:
for some weird reason Claudia jean's hairstyle reminds me of a librarian.
Click to expand...

Hehe, yeah that was kinda the idea. I wanted CJ to have this try-hard 90s rebel thing going on so I purposefully picked contrasting elements in her design. The librarian hair and glasses, the midriff top, the goth-style Ankh necklace, the cigarette, the grunge shirt/jacket. I really wanted it to look like she was picking and choosing from very different fashion elements to make it look like she didn't care how she looked... when actually she puts a hell of a lot of effort into it.

And I just realised I've rambled on and on when there was no need, hehe. Sorry about that~


Makio-Kuta said:
Ohh, neat! Synesthesia. I have a hard time grasping the concept of it, even though I read about it a few times a couple years back, but it's cool to see it being applied to a character both as a trait and in her design.

Not sure how difficult it would be, but you could try doing the line art the new way and then going in and adding some heavier lines where you'd like afterwards? I don't think picking a faster method is necessarily lazy though. It's optimization of time, and time is important. Finding a way to work with the new style would be the handiest. xD
Click to expand...

Yeah, I'm still learning about it myself despite having been researching it for quite a while. It's really fascinating!

I might try your suggestion... It's all a learning experience I guess haha. This was the first piece I'd done with the new line-art style so I guess it'll take some time.


leilaheliday said:
Your lines are so crisp and beautiful! <3
Click to expand...

Thank you! I spend way too much time on line-art sometimes... I can be a bit of an obsessive weirdo perfectionist, hehe.

WIP of the next chibi. Which is Morgan. Again...

But this time round she's rocking [pun intended] a different look as she prepares to play a set with the band "Channel Z". She's their second backup guitarist and occasional vocalist. So basically she only gets to play if two other people can't make the gig, which probably accounts for her pissed off expression.

I haven't settled fully on any details yet and she still needs some more accessorising, which I'll probably do right onto the lineart. But I'm liking the textured, messy hair. Who says characters have to style their hair the same every day anyway?

You already know I love all of your work to bits. So excited to see you share it!

But my favorite part is how kick-ass all of the characters look. They look like they're strong and not to be messed with.

CJ is my favorite. I want her clothes. <3

Thanks Luna! Yeah, I thought it was about time I shared some of this stuff... These are just things I do for fun and as studies in character design, but it's nice to hear what people think of them.

And yeah, I've spent a long time trying to perfect the kick-ass female character look haha. For a long time I thought it meant making them look manly but if anything that actually hurts the process really. Though of course, there's always room for masculine ladies in my club of bad-assery.

I get teased sometimes by friends for only making strong female lead characters, but the way I see it -

A] There's not enough of them so who cares if I make dozens... it still won't tip the balance.

And B] Just cause they're kick-ass looking, doesn't mean they're not vulnerable.

And thank you again! CJ's design is one of my best I think. Something just came together with that chibi that just perfectly portrays how I see her in my head. I want her clothes too~ What I wouldn't give to be back in the 90s....

Wow, that's some really awesome artworks you got there. Can't wait to see more of them

Further update on the Morgan piece... I'm up to block colours now but I'm really struggling with finding the right colours this time round. I wanted the focus to be the dress, but now I'm thinking I might need to add an accent belt or make the stockings a brighter colour. Hmm. Decisions... halp appreciated. o_o;

Also, I had to laugh - when I showed this to my late middle-aged aunt who's from India and still struggles with language sometimes she said "Her dress... why too short? She look like... big, big hoochie mother!" XD

in a way i kind of of agree with her, sort-of.


VexedEnigma said:
Also, I had to laugh - when I showed this to my late middle-aged aunt who's from India and still struggles with language sometimes she said "Her dress... why too short? She look like... big, big hoochie mother!" XD
Click to expand...

Huh... Maybe it's just me then. I certainly wasn't trying to make her look like a "big, big hoochie mother" that's for sure. To me the dress length and design was evocative of 1960/70s rebellious fashion - ala Twiggy or Nancy Sinatra, that kinda thing. Skirts and dresses so short you could see peoples knickers for no other reason than because they could. It wasn't all about sex it was also about rebellion and owning their status as adult women. At least, that's my interpretation. Maybe it was all about sex, I wasn't there after all. But I guess I may have failed at getting that 60s/70s vibe across heh... -_-

Now I know who Claudia Jean reminded me:


Touko Aozaki from Kara no Kyoukai.