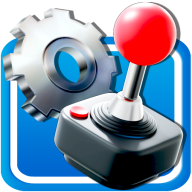 Hey, so would mind sharing which video games have inspired you in your own RPG Maker projects? I personally want to hear mechanism but it can be anything else like a story.

My inspiration was from Final Fantasy X. I love that CTB battle system, their caring for elemental rates and other things.

Also, what video games would you recommend for people like me to study (especially mechanisms)?
Last edited: Jan 1, 2022

I was mainly inspired and influenced by the Mario RPGs, but I've always loved classic JRPGs. Final Fantasy, Dragon Quest, Seiken Densetsu - they've all had a hand in it, but the Mario RPGs typify the tone and mechanics that I'd say I'm most fond of.

Oh, and Dragon's Dogma, but only because that game has the best goddamn world design ever.
Last edited: Jan 1, 2022

Like everyone I draw inspiration from a lot of things but the game that inspired me to come back to RPGMaker and really try to make something was itself an RPGMaker game. Jimmy and the Pulsating Mass is my favourite RPGMaker game and, in my opinion, one of my favourite RPG's period.

Half of the concept was because I found the free turn battle concept is wonderful and I wanted to explore it. So it wasn't inspired by anything, I simply explored the concept.

The second half is inspired by Granblue Fantasy with its break/trigger/skill mechanism and Azur Lane on how to calculate defense/armor in the damage calculation. Then I put my own twists there.

Perk system in my game is literally inspired by many games that use the system. The idea of the perk itself is mostly original (not inspired by any game) since I need to explore the concept of my system anyway. 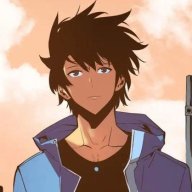 Granblue Fantasy, Brave Frontier, Kings Raid, etc. Basically, if the game has gorgeous art and a relaxed gameplay, it's a great game to me. Even if it has gacha or microtransactions. 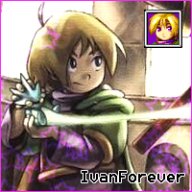 A lot of games, including RPG Maker ones, influence my mechanics here and there. This includes various mechanics from Chrono Cross, Final Fantasy 9, Grandia, The Princess' Heart, Skyborn, Baldur's Gate 3, etc. However, the most influence on me when I make games is from the Golden Sun series. Most of the mechanics from Golden Sun I have already implemented and some others still trying to figure out how to...

So many inspiration that i got at 2021

It always changes per game. Currently it's Legend of the River King, a fascinating game that is a little too rage inducing for it's own good. I believe there's some good ideas to be mined there, such as the idea of a hybrid rpg/fishing game. 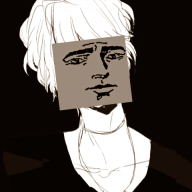 Fear & Hunger has given me quite a lot of inspiration on how to shape my combat and overall gameplay perspective, like:
- Balancing combat more towards skill rather than stats for the most part.
- Enemies having a special attack that must be defended in order to avoid taking huge damage or other possible effects.
- On previous projects, randomized loot.
- Ditching Levels/Experience gain.

Faith, a pretty simple game about an exorcist that explores a forest.
- It helped me into going for a more simple artistic style while also keeping my own identity into it.
- In faith you would simply press a button towards a monster to exorcise it, but i though it may be to go full combat mode on that rather than being simple.
- Finding papers with character stories, i can say that i expanded upon this by adding some combat tips to it.

Recently i've been thinking about Inscryption how could i expand upon it's gameplay while also adding to it and not being a copycat. I can't say much about this since i haven't made any project based upon game.

Also recently i've been inspired by the Contra NES game to create a platformer game.
- NES kind of graphics.
- Different weapons.
- Intentional bugs/glitches/exploits. I thought it would be cool to have a game have these kind of things be intentional rather than the opposite, that way the gameplay can be more weird and interesting to figure out how to better play it.

A large part of my inspiration is from Fire Emblem. Namely, the emphasis on combat and strategy over exploration, and how they do character deaths. Not only do the characters have a few last words before they die, in some cases there are interactions with other characters, and the quotes can be different depending on who else is alive. Makes losing a character more painful meaningful. Also, the way they tend to have lower stat values (compared to other RPGs) probably inspired me to go that route when it came to balancing stats.

Onimusha Tactics inspired me to build a classless system. Rather than classes or archtypes, each character had a couple of unique spells.

And of course, the Limit system was inspired by way too many games to list them all. Probably the most notable one would be Epic Battle Fantasy.

There's also the several RPG Maker games. Especially if you're looking to study to improve your game making, playing RM games by other indie devs helps a lot. You get to see what can be accomplished by a single person using RM, as well as what works and what doesn't.

Other than games, I also sometimes get inspiration from mythology, and real life. 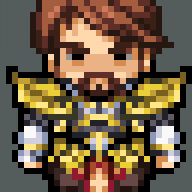 DesperateMeasurez
Been away for awhile, but here's some new free music. This one is kind of weird or experimental and not sure how I'd classify it. But, hopefully someone will find it useful!

ATT_Turan
I'm working with Excel today, and I just hate VBA so much. It's like the designers said "How can we make a programming language that works as obtusely and inefficiently as possible?"
Yesterday at 11:50 PM •••