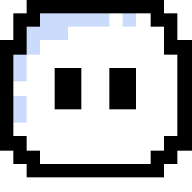 , and I need some VOICE LINES! Requirements: You have to be male, have a deep voice, and not mind your voice being in my game. You will have to record the voice line in two formats. The voice line has to have a .m4a version and a .ogg version. This is what you have to say (it may sound stupid but it makes sense in the game): "Ever since I was a child, I'd loved adventure. I played with wooden swords, climbed trees, even explored forests nearby. I had so much fun! However, one day, when I was exploring a forest, I got lost. I started panicking, and then fainted. I was found by the king of this kingdom. He took care of me, gave me everything I wanted. He left for royal feasts and meetings plenty of time, but one day he left for 2 days. I was worried about him, but when he came back, he looked tired, and had ashes on his robes. I decided not to question it, but I still wondered about it. When I was old enough to go out of the castle, I decided to visit my village. When I went back there, I was horrified by what I saw. The whole village was burnt to the ground, and no trace of gold or treasures remained. It all made sense. The king burnt down my village and stole all the valuable items. I was furious. He does not know that I know this, but I am still plotting my revenge. Those guards never leave his side though, so this will be hard."
You must log in or register to reply here.
Share:
Facebook Twitter Reddit Pinterest Tumblr WhatsApp Email Share Link

Now, my devious machinations can finally be born...
26 minutes ago •••