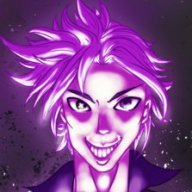 Volition
Warning: This game swears a bit (no f-bombs though, mostly one character), and there is discussion of fictional religion and fantasy racism against vampires, witches, and demons among characters. If exploring these subjects in a fictional game about making choices is not alright with you, probably don't continue reading this thread.​
SYNOPSIS

In Volition, it is not just about the choices you make, but how they affect your party members. Your interactions will shape the plot, and who stays by your side and who doesn't. When not making choices, there are puzzles to solve in the world revolving around Truesight goggles that allow you to see and interact with previously unseen things. Input-based combat that allows for your skill to play a major role in how well you do in combat, as faster and more precise inputs mean more damage. This demo of the first area is set up to showcase the main focuses, which is decision making, combat, and puzzles using Truesight.
SCREENSHOTS & COMBAT DEMO VIDEO

Turmoil spreads across Omnis as extradimensional beings invade amongst the infighting of mortal men. Battles are won and lost on a daily basis by the different clashing factions. As for our heroes, during one of these insignificant battles, wild magic sends our heroes careening into another dimension, the Crystal Dimension to be specific, which is completely separated from the conflict they are caught in. They awaken and must find their way out of this strange place. Puzzles, monsters, and travel negotiations await our heroes in the journey ahead.

This info below is after the demo, and you may want to avoid it for spoiler reasons. I have still refrained from major spoilers, but in case you want a complete surprise.

After returning home, it will be up to you, the player, to declare who the villains are of your story. Is it the Enchanted Order itself hunting heretics? The vampires plaguing the land? How about the rowdy magic users defying god with their powers? Or was it Morkhan, invader of Omnis?

The friends you make along the way, as well as those you lose, will determine your path forward. Their abilities may be valuable to you, and you might keep them around only for their skills. Or, maybe their presence is enough. Nothing is certain, and fate is yours to control. You, the player, are the one who writes the history of Omnis, and only of your own volition.
SETTING AND/OR WORLD DEVELOPMENT

Please note that if a new version has just come out, it may still be uploading. If it is not uploaded yet, please use the "Old Versions" folder, or wait for the new one.

If you do play the demo, I would really appreciate it if you leave some specific feedback!
It would help me a lot if you used the linked to Google form because this gives me aggregated information that is easier to sift through on forum threads and allows me to ask specific questions, but whichever method you prefer is perfectly fine.

OcRam
Next goal is to make pull & push + lift & throw systems with mouse support and have skill levels in them and action indicators!
44 minutes ago •••