This is a great script, thank you!

As of right now, No, but I can add an option in the next update.

If it's not too much trouble, that would really help me out a lot. Thank you!

I've updated the script NOT the Demo and added your request Poundcakery, please feel free to let me know if you like it.

That's perfect, thank you so much! that saves me a lot of time, i know very little about scripting so i would have had to guess and check until i got it right. thanks again!

lol, I'm still learning too, don't feel bad, and your welcome I'm glad you like it.

This is so awesome, too bad it has nothing to do with the project I'm working on. 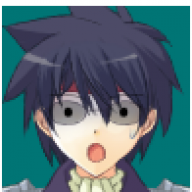 hey I noticed a problem when you complete the Stargate.

is there any way to fix this

I have Narrowed down to a problem with the cursor sound or the closing sound. when the bar hit the maximal amount of stars you can get on a relationship.

I've even updated it with the new script.

okay I found it

Hmm I guess that what I get for not testing with the volume turned up. I will check it out.

Ok thank you Nathkyo. I will have the sound fixed shortly.

no problem. but all in all it's pretty cool scripts. I've seen a couple other relationship scripts and this one is very versatile .

Thanks again Nathkyo. I have fixed all said problems + 1 and I have update the link to the script.

Just out of curiosity, can you pm me the links to the other relationships scripts for comparison. I didn't think there were any others out there.
Last edited by a moderator: Jul 21, 2013

*sorry didn't mean to double post. Thought I was editing.
Last edited by a moderator: Jul 21, 2013

hey I saw another problem I didn't notice the first time I played it. if there are no relationships the relationship that he is still able to be clicked on but does nothing.

some people might think it's a glitch.if you still wanted to access the menu it might be a good idea to just put a window that says you have no relationship.

or have it not be able to be selected until there is a relationship.

I also noticed that you must first have a current relationship status before before the screen will pop up to.
Last edited by a moderator: Jul 22, 2013

Yeah if you do not want to use the current status, you still have to leave blank "" marks, that goes for any of the texts. I updated the script again.

hey I know you done with the script but I had an idea. I wanted to see what you thought of this window

and And I thought of adding a current feeling section in the middle next to the current status.  I figured it would fit much better

And give them more detail into the relationship. I figured the level gauge would look better having growing or losing feeling rather than none or Like

Given the fact that the script reset the feeling every time you level up.

I just felt that showing a separate place for feeling and just showing a growing or losing would make it a little more streamlined and allow the player to get a good picture on the relationship rather than the feelings towards the player simply resetting themselves every time they level up.

a fake screenshot  but it gives you what it would look like to give you an idea.

RedRose190
How is it called a rpg maker game without the default "pokemon-like" battle system?
Today at 7:35 PM •••