I had this wacky idea for a Mother/EarthBound fangame where I take plot beats from Mother 1 and 2 and shoehorn VTubers in as playable characters and running from there. So here we go.


PSI Attacks​
First I want to discuss PSI attacks first as there are some major differences. First, some PSI attacks and abilities from Mother 3 will added in such as Counter/PSI Counter, Refresh, and PK Ground. PK Ground functions as a Earth element attack and hits all enemies twice and has a 10% chance of stunning enemies. Refresh adds an HP Regeneration status and the two Counters will also be a status allowing the countering of physical and psychic attacks respectively.

PK Beam and QuickUp return from Mother 1. PK Beam works as a light (Holy in default RPGM terms) attack that's more effective against undead enemies, PK Beam gamma will retain its ability to instantly kill enemies and party members alike and is a standard feature of Starmen. QuickUp speeds party members up and has a speed decreasing counterpart in QuickDown.

PK Fire now targets all enemies instead of a single row of enemies due to the limits of RPG Maker.

PK Flash and Brainshock are merged together for simplicity's sake.

Finally, while this does not concern PSI attacks, Jeff's inventions are now skills and used by one of the party members. Also Bottle Rockets are now skill based and unlocked by equipping Bottle Rocket Launchers as accessories due to the limitations of RPG Maker.

Nyanners​
Nyanners is the one the game starts out with. She goes on a journey to collect the Eight Melodies and thus is the most focal character. Nyanners plays like a cross between Ness and Ninten as her PSI attacks lean mostly on positive support PSI such as Shield (Not PSI Shield, btw), OffenseUp, DefenseUp, QuickUp, Lifeup, Counter, Hypnosis, Paralysis and Healing. Her main Offensive PSI is PK Rockin' (Due to the limits of RPG Maker, the player can't rename this attack) and Flash.


Zentraya​
Zentraya joins the party after Nyanners rescues her from the Happy-Happyists. While her joining is reminiscent of Paula, her PSI resembles those more of Kumatora. She has access to basic offensive PSI which would the bread and butter of your journey (Fire, Thunder, and Freeze). She has access to OffenseDown and DefenseDown as well as PSI Shield and PSI Magnet. Her physical abilities are lacking but still will be a key part of your party's arsenal.


Projekt Melody​
Projekt Melody or just Melody ingame, is the Jeff of the party using invention based skills such as the Neutralizer, Shield Killer, HP Sucker, Insecticide and Rust Promoter. She can also equip Bottle Rocket launchers to help deal with threats and boss encounters.


Ironmouse​
Ironmouse plays like Poo (the EarthBound character, not the stuff that comes out your Bum). She is balanced physically like Nyanners but with less focus on Support. Ironmouse has access to Beam, Freeze, and the venerable Starstorm. She also access to limited Lifeup PSI as well as QuickDown and PSI Counter.


The Plot​
Nyanners is enjoying life in her house when a poltergeist hits, after fighting a Sentient lamp, she bursts into Ai Kizuna's room where she fights a doll. Upon defeat, the poltergeist stops and a melody plays from the doll. Nyanners goes into the basement and grabs a Baseball bat and Vinesauce Vinny's diary she journeys out, fighting runaway dogs and Hippies. Nyanners is tasked by Snuffy's mom to find her daughter who had gone missing in the town's zombie infested cemetary, Snuffy is found and along the way Nyanners gets the second melody by returning a baby found in the local pet store.

Nyanners then fights the Starmen Jr. at the Abandoned Zoo and gets the third melody from a singing animal but she is confronted by a police officer as she trespassed without permission. She goes to the police station and has to fight four officers plus the newly placed Captain Strong. Upon Strong's defeat he unblocks the police barrier to the east and Nyanners heads to the next town.

In the next town Nyanners gets word of a missing psychic and after confronting a local criminal head out to the Grateful Dead Valley and into the village of the Happy-Happyists. She rescues Zentraya after defeating Mr. Carpainter and the two head into a local cave to find the artifact, the Onyx Hook which takes them to Magicant.

In Magicant our heroes find King Joel who has lost his memory and tasks Nyanners with recovering the Eight Melodies. But he is uncertain of our team's abilities and sends them to the Subcon region of Magicant where they must the Mani Mani Statue at the end. After completing King Joel's challenge the two exit via a confusing cave and end up in the third town.

The two find Projekt Melody in a trash can on the roof of a school and she says she'll join if they can find her a Bottle Rocket from a factory. She then launches it in a classroom belonging to a teacher she hated and three journey off to unblock a tunnel by blowing it up via rocket found in Duncan's Factory.

The team obtains the fourth melody in an old mansion in a haunted town. They then find and return a bucket hat belonging to Ironmouse who lives in a snowy place called Snowman.

Our now completed group finds the fifth melody in the desert and have to defeat a massive robot without using a tank. They then find a cave full of talking animals and head off to the next town. A place full of children and a psychic girl teaches Nyanners PSI Teleport. They then go back to Magicant to defeat a sleeping dragon and that takes care of Melody six.

The four then journey to a town under a zombie invasion and have to go to a factory run by a pile of puke called Master Belch and liberate a said town but also rescue a captive Mr. Saturn who then unlocks a dungeon after a coffee break and obtain a key item which is used to get to the final town.

In the final town our heroes defeat a gang and the mayor gives them permission to go up Mt. Itoi where they find an abandoned robot which give out melody 7. A mysterious figure that has been lurking throughout the game makes himself visible. Pokey Minch who fights our band of heroes so as to prevent them from getting Melody 8. They find Vinesauce Vinny's grave and give out melody 8. They sing the eight melodies to King Joel who is revealed to be Vinesauce Joel who tells them of an alien the two had taken care of, known as Giegue.

The group find Giegue's starship and boards it. They defeat the five Starman Generals and confront Giegue in the Starship's bridge. The final boss lasts for 10 or so turn and the party justs has to weather it. The battle ends and all four sing the eight melodies to Giegue in a cutscene and Giegue ejects them from his starship. A final cutscene ties up the loose ends followed by the credits.

Conclusion​
Yeah I know this is unoriginal but I had managed to put Vtubers plus the Vinesauce gang into a Mother inspired game where the story beats are taken right out of the first two games. I hope you guys enjoyed this idea thread. 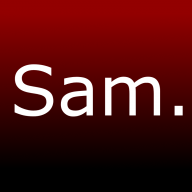 Nice. I'd totally be down to help with this, even though I don't typically like things like this, but with the wackiness of the cast it'd be great to see.

ItsMeSam said:
Nice. I'd totally be down to help with this, even though I don't typically like things like this, but with the wackiness of the cast it'd be great to see.
Click to expand...

Sorry for the wait but what could you help with on this project? I'm thinking of starting a volunteer thread so I'm curious as to what you could bring to the table.

rudimentary sprites and animations, and also just eventing. Perhaps writing, if you're so inclined.

ItsMeSam said:
rudimentary sprites and animations, and also just eventing. Perhaps writing, if you're so inclined.
Click to expand...

Are you good with Effseeker? The animation thingy RPG Maker MZ uses? If so, I could use some animations for the PSI attacks.

I am, actually. I made a few re-cretions of some omori things, as well as my own effects.

ItsMeSam said:
I am, actually. I made a few re-cretions of some omori things, as well as my own effects.
Click to expand...

Coolio! When do you want to help me with animations? Whenever and whatever is comfortable with you of course.

AeroPergold said:
Coolio! When do you want to help me with animations? Whenever and whatever is comfortable with you of course.
Click to expand...

Doesn't matter, dude. We should add each other on discord or something, so we have a better place to discuss this. I'll dm you my tag if that's fine.

ItsMeSam said:
Doesn't matter, dude. We should add each other on discord or something, so we have a better place to discuss this. I'll dm you my tag if that's fine.
Click to expand...