Hello! i'm using GaryCXJk's Free Movement Script, and I'm trying out a new script: Prof. Meow Meow's Stealth Script(Only version I could find that wasn't buried in a thread.). To be honest, I tried using the latter script a couple years ago, when I had first restarted my project, but I encountered the same problem then as now. Simply put, these scripts seem to be incompatible with one another. If you place Free Movement above the Stealth Script, the game crashes when some aspects of the Stealth Script is activated (e.g. Moving out of sight.) with a TypeError. Specifically, it points to line 381, saying "can't iterate from Float".

If the Stealth Script is placed above Free Movement, a NoMethodError occurs on line 933 as soon as the Player moves, saying "undefined method 'size' for nil:NilClass".

Hopefully someone can help me with this. Thanks for reading, and as always, any help is appreciated. If you need a screenshot of the crash, I can oblige.

The script is too long to try to understand the system as a whole, however ... when I try to look at your error notice lead.

Robert-Character Creator said:
If you place Free Movement above the Stealth Script, the game crashes when some aspects of the Stealth Script is activated (e.g. Moving out of sight.) with a TypeError. Specifically, it points to line 381, saying "can't iterate from Float".
Click to expand...

This probably makes sense, the "Stealth Script" consider x and y coordinate as an integer, while the free movement script converted it into a decimal/float number. The wrong data type is what causes them to be incompatible with each other, however, fixing this will require to understand both scripts.

Robert-Character Creator said:
If the Stealth Script is placed above Free Movement, a NoMethodError occurs on line 933 as soon as the Player moves, saying "undefined method 'size' for nil:NilClass".
Click to expand...

Code:
Are you sure it is the correct line number? 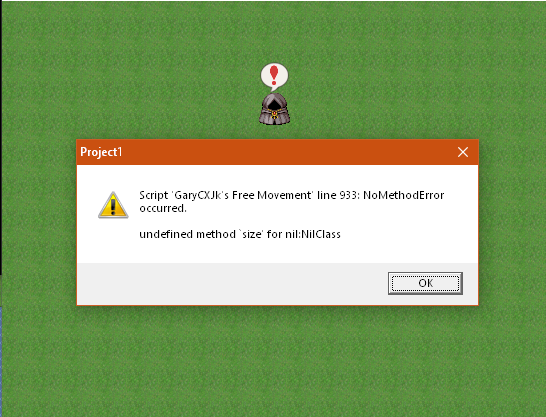 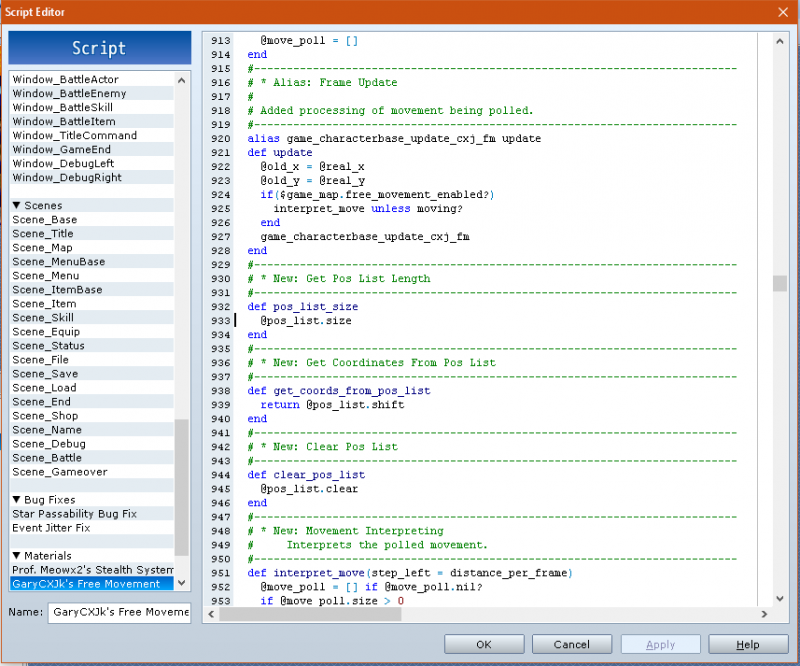 I don't get how that could be nullified, but try to replace that specific line with this

I just tried it, and that error no longer occurs, but there's a new one on line... Here, just have the pictures. 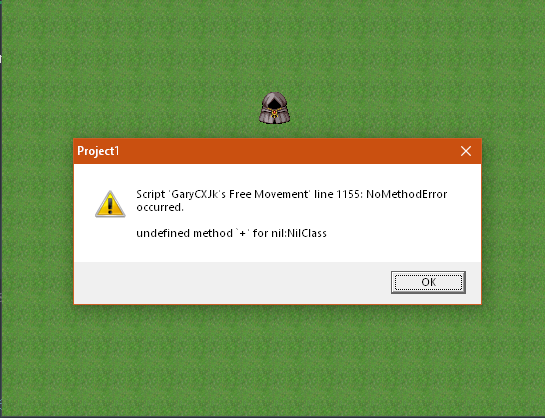 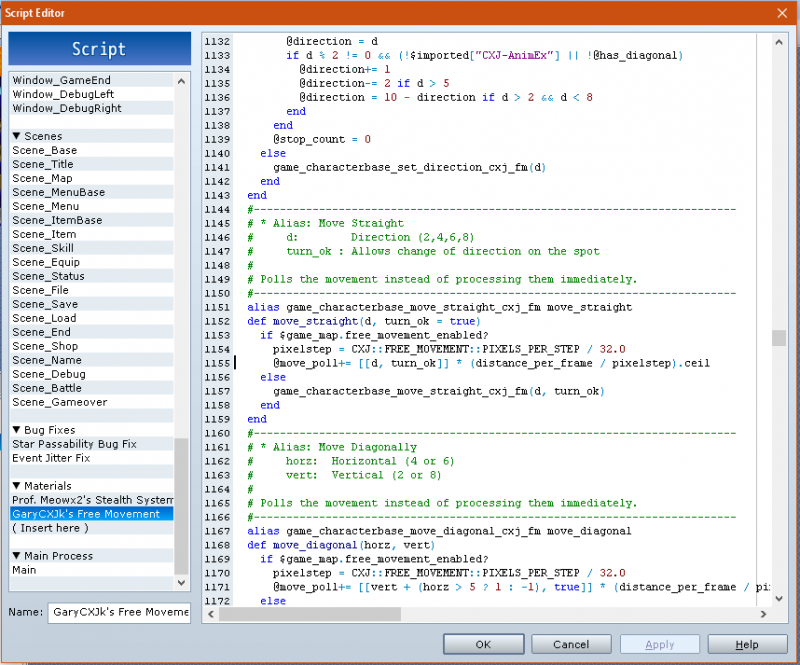 Do a replace. Find this

Code:
Replace with this

Code:
Then insert a new code below both of scripts

Code:
Disclaimer: You may want to backup the script.

At least, no error happens?
I just realized both use a common variable name.
The first obvious way to make attempt to make both compatible would be renaming these variables. 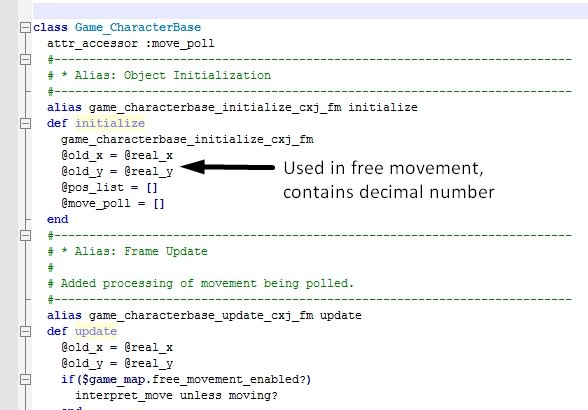 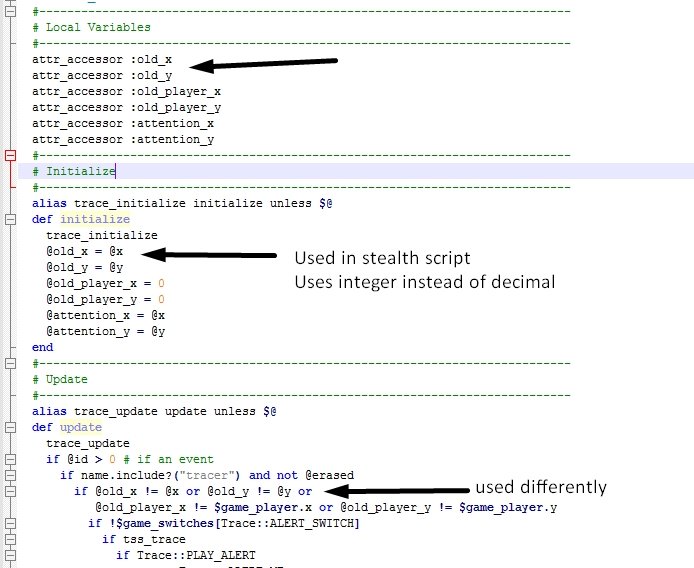 I'm probably not the one who's going to edit, but at least I gave pointers.

I just tried it. I still can't move, but I appreciate you trying to help. At least it doesn't crash now.

If you're going to rename it, you're going to scan the whole script and look for the reference of the variable, not just the one I pointed it out, which is why I was saying "I'm not the one who's going to do it".