I know my problem is probably easy to fix and I'm just too stupid to find the solution, but I really need to fix this.

My problem is that I'm using Zeus fullscreen script and I have to change the placement of quite a few things in Moghunters Menu Script (I think it's called Monogatari?) I managed to change most of the things and I'm okay with some things I can't change. However, there's one thing I just can't manage to change: The location of the actors name in the main menu.

Here's the screenshot of what I mean. 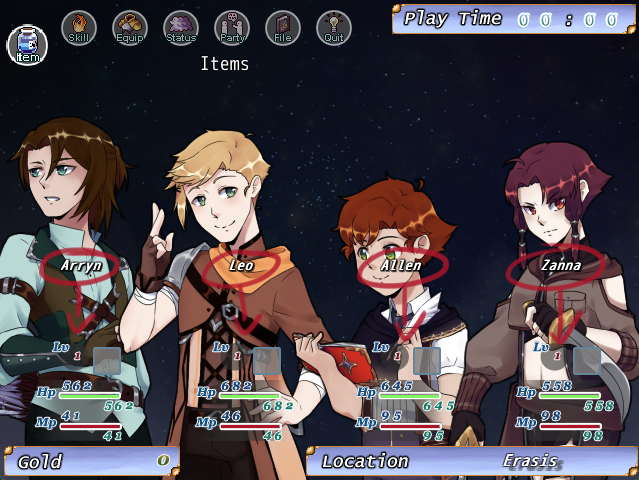 (Some things are still placeholders from the demo, they'll be replaced later)
As you can see, their names are right in the middle of their art, which is something I don't want. I want to move it down (or move it in general, I'll decide where it looks best while playing around)
I was able to move almost anything anywhere, besides the names. Can anyone help me with that? Where's the line to edit the location of the names?!

(In case you'll need the scripts, I can only provide the one from Zeus. Moghunters page is down and the new demo download doesn't seem to work. I downloaded it years ago)

Should be line 1143
def create_name

It only changes the position of the names in the item menu (when I click on a consumable item and it shows the characters I can use it on), but not in the name menu (or any other part of the menu)

BUT! I checked the entire script again and looked for any part that sounded similar to that and found it way farther down, inbetween lines I couldn't understand at all XD

Froggo32
Went to see Jujutsu Kaisen 0 yesterday, it was cool. The movie wasnt really a masterpiece, it had some pacing and characterization problems, but overall I enjoyed it, maybe because it was the first anime film I have ever been to in the cinema lol. The battle animation & music were top-notch. I havent seen much of the anime so people who watched the entire season would probably like it more.
Today at 4:49 PM •••