Hi!
I am going to buy RPG Maker, either Vx or XP, because of their cheaper price. I like the color scheme and the characters of VX better, but I like the mapping feature of XP best. Is it possible, and legal, for me to use the tilesets and characters from VX in XP without buying both? Or does someone know about a free tileset with a style and color scheme similar to that of the VX tileset? Thank you for taking your time to answer.
//Bokvakk


However, I would advice against VX and suggest VX Ace instead - Ace has a lot of improvements over VX and if you're willing to wait for a sale it's actually cheaper than VX, because for Ace there is a steam version that goes on sale at one of the steam-resellers two or three times per year, sometimes dropping the proce to 15% (off 85%).


And currently all makers are 80% off in this sites main store (only a few days, don't know when the sale will end exactly)


However, even if you own both makers, it won't be easy to transfer VX (or VXA) tilesheets to XP, because XP has a different autotile structure - those autotiles would basically have to be redone.

And while XP allows you to have very large tilesets, it only lets you have a maximum of 7 autotiles per map.  VX and Ace have MANY autotiles.  It would be a tough choice to select the ones you want to use on an XP map even before you get to the need to convert the format. 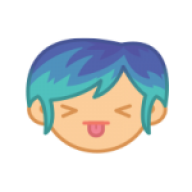 Shaz is correct... vx ace has more features So I'd Recommend Vx Ace

ImaginaryVillain
Hey guys how come my new plugin that I programmed so perfectly doesn't work? Oh wait.... I forgot to add it to my game's plugins.
18 minutes ago •••

jkweath
While I take a break from developing RPGs, I'm thinking of doing something I've never done before: actually playing an RPG released by someone else. Any suggestions?
31 minutes ago •••