Hello!!! ^_^ I just wish to ask again about another certain bug or issue I found, and it's more to do with Theo's SBS (I have already asked Theo about this on PM, and I'm still waiting for his response, but I'm gonna ask here regardless if you guys might know something about this). ^_^ 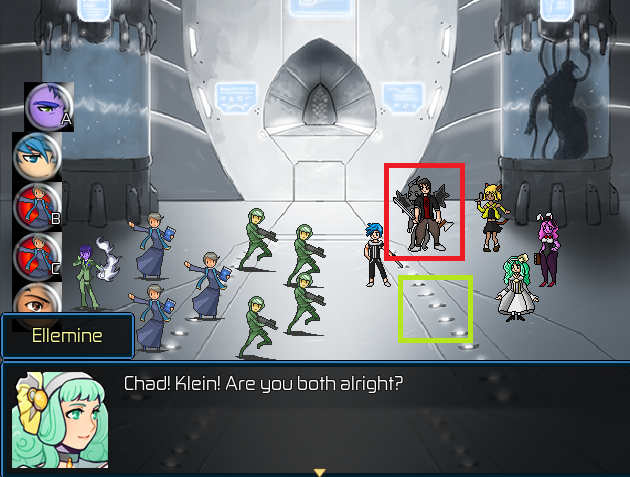 There's sort of this bug when I do the (add party member) command during battles. In this fight, Chad and Klein will be surviving the fight for 2 turns, and after 2 turns, Ellemine and the rest will come as reinforcements... And during this time, the party position gets kinda messed up >.< Like in the pic, Zazir (the alien creature) is supposed to be on the green box, but he shows up behind chad.. also, the added party members will initially be static (not animating with their idle stance) and only start moving if they get hit/healed or when its their turn act. Thanks so much for any response! ^_^

Starmage said:
There's sort of this bug when I do the (add party member) command during battles. In this fight, Chad and Klein will be surviving the fight for 2 turns, and after 2 turns, Ellemine and the rest will come as reinforcements... And during this time, the party position gets kinda messed up >.<
Click to expand...

As you said, this is a bug with Theo's script all on its own and should really have its own thread separately under the relevant forum. I did see this bug while I was testing the Yami stuff, but I assumed that Theo had some workaround and/or instructions in his script for how to handle it.

Apparently he does not, as I just found a poster on another forum who ran into the same problem. This seems to be a not-uncommon problem with sideview battle scripts, as this is not the first one I have seen where the creator evidently forgot to account for the need to add and remove party-members mid-battle.

This fix should really be made in the script itself, as it is a fairly major bug - but as TheoAllen is already updating his script and working on version 2.0, I suspect given the circumstances he will tell you simply to wait until 2.0 is out where the bug will be fixed.

However, if you insist on using this version of Theo's SBS, run this Script Call to fix the sprites after you add the party members:

Ruby:
I can make no guarantees this will be 100% problem free as I am not particularly familiar with the ins and outs of Theo's system (I think it also makes Yami's Damage Popup trigger the revive/remove Death message). What the script call is supposed to do is run through all the actor sprites and compare them to your battle party members, manually resetting the sprites if the sprites don't match up.

I have not tested every possible case of adding and removing party members. Use at your own risk.

Wow!! <3 The fix code worked wonders once again @Traverse ! ^_^ Thank you so much! I appreciate your help once again! And yeah, I do feel like Theo is gonna be fixing this soon for his 2.0 update on the major parts of the script, but for now, I'm content with using this on the game's current build until his update comes. Though I know I'd probably have to patch up a lot of things when that time comes. xP

Anyway, I appreciate the help once again! And yeah, I should've indeed made a new thread for this one. Its my bad >.< 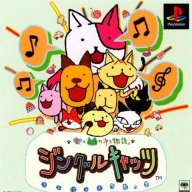 Also, shouldn't the Yami Order Gauge script be animated? In the videos I've seen of it, the icons move around, but when I try the script myself there's no animations. Is this a bug or is it intended?

@NoahB Please do not hijack a thread by asking a different question from that of the OP. You can read our Forum Rules here.

Avery
Been so busy lately that I wonder if I should slowly start preparing the advent calendar resources so I have enough in december.
10 minutes ago •••

CrowStorm
Man, I wish it was harder for mean d-holes to make me feel like crying.
Today at 4:55 PM •••

Jrrkein
Got myself card game plugin, its bit laggy but worth it
Today at 2:15 PM •••