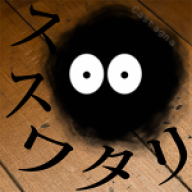 Hello
In this rpg maker version, I can't set walls as star fields (or maybe I don't know how to do it?),
so i can't walk under them, or use their tile as event to move under it.

I'm using an event that make the character able to walk through walls and sets its opacity to 20 when he has to move under a wall, and removes these effects after he passed, but it's really boring to set an event like this every time I put a wall or a building in the map!

It would also be great if the opacity could be set as a parameter in the plugin manager.

I still don't know enough about Javascript, otherwise I would have made this script on my own...
Thanks for reading this, help me (and other people with this issue) if you can

I solved this issue generalizing the common event:

And now i just need to copy and paste the event set like this where i need it.