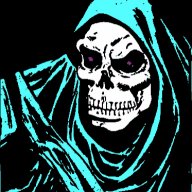 I want to undertake in creating my first Commercial Game. As I'm bouncing off ideas I wanted to reach out to the RPG Maker community. My hopes are to have it out in January 2019 on sites like Itch.io and Steam. I think it would be an accomplishment to get the game on GoG.com with their standards being higher for RPG Maker Games.


I also considered Crowdfunding for this game to invest in graphics, music, scripting and editing services to enhance the game and story. But, with or without crowdfunding this game will be completed.

Let me know what you think. I've been torn between black and white or color? If you have any suggestions or comments.

The images below are rough mapping and graphics ideas. They'll definitely be changed over time. 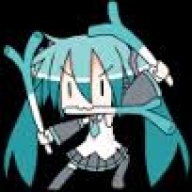 The game in black and white can have its charm, it's an idea to test for me.

Black and white can make for a much more dramatic feeling game and what I get from the story that's what you are aiming for so I would go with that. Perhaps have some splashes of colour here and there in some seens, for instance bright red for blood (if there is any) in cut-scenes etc. or looking at the picture of the graveyard having a bright red coloured rose laying on one of the graves ( if important to the story) or maybe having a very faint deep-blue hue over the background and only the characters in true black and white.
Anyway, these things came to mind as I saw this and I thought I'ld share them. However what I see so far I like Keep up the good work!

Ninjakillzu
When you discover great tileset resources that you completely forgot that you had.
24 minutes ago •••