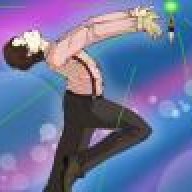 I honestly do not know if this should be here, please tell me if it is in the wrong place.

That said, I do have a query. I have been looking and I have found some good plugins that will serve my other characters very well (the equip skill system by Moogle_X does what I need for them very nicely), however, my main character, (and another to a lesser degree), has a different type of skill set. Basically she has no skills, not even basic attack, but each weapon she gets, gives her a different skill set.

For instance, one might be ice-based, and give her mainly 'slow' def buffs for the enemy and uses ice/blizzard attacks. Another might be wind-based, and give her 'haste' buffs for the party and wind/tornado attacks. It goes without saying that the weapons also give basic attack and defense as well. Also, as she levels up, she can access more of the weapon's skill set, like at low levels, she can only use a singe ice attack, but level up to mid-10's maybe, and she can use an aoe ice attack.

The other may or may not be applicable here, now that I think about it, basically as each weapon he gets gets stronger, the greater the amount of life-steal he receives and maybe a stronger dark-attack. This may just be overcome with stronger life-steal on his weapons in the database though...

But the main character definitely needs the weapons for her to even have a skill set. If there is anything out there like that, by either a plugin, or by simple database manipulation, please direct me to it, thank you.

EDIT: Just thought of this. Instead of getting skill points, like the rest of the characters who can use the SP/JP or whatever to equip their skills, she will get weapon points, and level up her weapons in the same way.
Last edited by a moderator: Dec 2, 2015

You can require a specific weapon for a skill to be used. You do that in the database. Alternatively you can attach skills to the weapon when you create it in the weapons tab. No need for a plugin.

Hmmm...I know I can do that, I have done it before, but does that take into account level restrictions? Can I attach a skill to a weapon that I can't use unless I am a certain level or higher, or will I need to make 4 or five of the same weapons with better and higher skills each time. So instead of only 4 or 5 weapons, I need around 20 or so, each one with a higher level restriction, and better skills?

lordnitemare said:
Hmmm...I know I can do that, I have done it before, but does that take into account level restrictions? Can I attach a skill to a weapon that I can't use unless I am a certain level or higher, or will I need to make 4 or five of the same weapons with better and higher skills each time. So instead of only 4 or 5 weapons, I need around 20 or so, each one with a higher level restriction, and better skills?
Click to expand...

Yeah, in the Skills tab you can require that a certain weapon type is equipped in order to use any given skill (and since you can create as many weapon types as you want, you could give every individual weapon its own "type" if you wanted to).  I'm not sure whether the skills will still show up (disabled) if you don't have the right weapon type equipped, in which case you might need a small plugin to improve the display, but the functionality will definitely work the way you want it to.

By the way, if you haven't played Phantom Brave, the main character Marona basically uses such a mechanic, and I think it worked well.  Could be a good source of inspiration as you build this system out.

You can probably use Yanfly's Skill Core to get the latter effect of level limitations.

Kino
Thanks to a post in a forum thread we can better create MV/MZ plugins in Haxe.
47 minutes ago •••