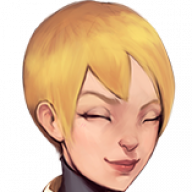 Good afternoon ladies and gentlemen, boys and girl, children of all ages.

The default weapons and armo(u)r set in every new project of RPG Maker VX Ace don't have much variety. I'm looking for some new, cool, interesting ideas for the two which could be used (preferably without a script). Anybody got anything they wanna share?

There's like a bajillion ways to go about weapons/armors in varying ways and functions to seem "unique" or have a memorable good system, or made to accompany a game's skill/stat systems. I would suggest viewing hundreds of different games to see how they work, and then doing what suits your game best.

Some equips may give skills, some may have specific stats. some may fully be damage-reduction (PDR/MDR), some may have scripted effects, etc. Maybe combinations.
Last edited by a moderator: Jan 14, 2014 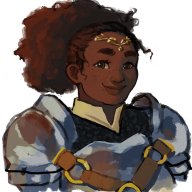 In general, what I do is think about "How can I give characters within the same class some variety?"

I cut down the number of classes and assign them multiple weapons.  Then, I have each weapon support a different build based on a single stat.

Zaj
Hi quick question. Is it possible for me to make a custom VXAce script without learning some bulkiness of Ruby?
14 minutes ago •••

ItsMeDevRoland
Never Forget you've Got a friend, Even you feel your alone, Jesus Christ is there to Love and Be with you when your alone
Today at 1:52 PM •••