This is the second pack of simple scripts. Some are very old scripts (back to 2012), but I revised them recently so they shouldn't have bugs.

Terms of use
- Giving credits (Wecoc) is not required.
- You can repost this pack.
- You can edit the codes freely.
- These scripts can be used on commercial games.

The pack only contains the codes as TXT, to use them simply copy the code above the script Main.

Contents
I'll include a little explanation for each script, so they're a bit easier to find on the web.


This script allows to define the Z of the animations as an extra argument when calling them. This script includes the fixes from the script Simple Animation Antilag, which I also included in the pack separately, in case you only want that one.
I also included a script for Multiple Animations, but it's not compatible with Animation Z.
With this code, battle turns have a time limit for each actor. If it's exceeded, the actor loses its turn. Notice this is different from a Turn-based battle system, since the turns work as default, just with extra "urgency" to make the battles more dynamic. I also included an addon that draws a bar so you know how much time you have left.
You can automatically call common events in certain cases by adding an event note on the start of the common event. That condition can be Exit Menu, Save, Save Cancel, Load, Win Battle (optional troop ID), Lose Battle (optional troop ID), and Escape Battle (optional troop ID).
Automatically cure before saving the game. You can enable/disable it via event call.
I included a few scripts that change the Debug window.
- Debug Extras is an old script that includes basic extras: HP, SP, Level... Useful if you don't want a big rewrite.
- Debug Show displays an extra window on the map containing the current event process.
- Debug Window in Map displays the default debug window but in map, so it updates in real time.
- Scene Debug Advanced is like a modern and very extended version of 'Debug Extras'
I included two terrain addons.
- Display terrains in map Press F8 in Debug mode to display the terrains in map.
- Invisible Terrains makes some terrains invisible. By default there are only 7 terrains, but if you use some limit breaker, this script can also work with higher values. Note: It stores some information when saving the game, so previous saved files won't work anymore, but I made a SaveFiles Updater that fixes that problem. A usage example would be defining an invisible terrain for those "parallax helper" tiles.

If you want to use both scripts, insert the 'Display terrains in map' BELOW the other one.
By default if you try to make an animated event that updates its frames at the exact same time than an autotile (for example a rock in the water) it's basically impossible. This script fixes that, only for those specific cases.
This script allows implementing some extra parameters on animation frames, so they look more random, but their movement is still continuous. This way you can make smoke effects and things like that, it's basically a particle effect applied directly on animation frames. I made a Spanish tutorial here (it's an easy script anyway) and also mentioned the script on this little article about Effekseer and its uses on XP/VX/Ace
This script changes the default defense system to a state, so you can control its effects more easily. I also included an extra script called Hidden States in case you want that state to be invisible.
Immediate action is a simple script that allows applying an immediate action on battle, without considering turns. I also included some extra script implementations: Auto-Heal (actor auto-heals when starting its turn if its HP is very low), Counter Attack (some battlers can hit the attacker back right after the attack) and Metronome (special skill that picks a random skill on a list and applies it).

Silvanash also made some Add-ons for this script, but they're a bit special. No credits required.
- Press the attack. Some enemies receive more damage after being attacked many times. It uses two little scripts.
- Blow up. Some enemies auto-destroy if their HP is low.
- Hit the mark. Apply a skill over an enemy if an actor attacked it many consecutive times. You can make that skill increment the counter on 'Press the attack', so these two add-ons are pretty interconnected, even more after some extra (optional) changes were implemented here.
- Immediate Actions applied over multiple enemies simultaneously, and 'Press the attack' using that extension here.
That's it for now, I hope you like it
Last edited: Aug 28, 2021 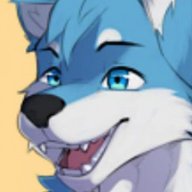 These are awesome. I've been pulling together a huge repository of scripts and resources for my nieces and nephews to use (Though incompatibility and order is giving me hell on some)

If it's all the same to you, I'd love to include these. Even Chaos-Project is dying off, I want to preserve as much of XP's legacy as possible.

Yes, you can include them, no problem with that