Ooooh, hard topic. At least musically. I might have to draw this week!

Eh? A new challenge? Is the last one over already?

Yes, we're voting now! They usually last a week but the last two were longer because of IGMC.

Hmm, Antihero. Great topic, lol I have a brilliant idea for this one, pity I'm not the best artist. It's such a cool funny idea. XD

Do it anyway! It's not about being the best. It's about getting creative and improving yours skills and ideas, whatever the base level you are starting at may be.

I'll PM You my idea.

Go nuts with whatever ideas and skills you have really we're here to do just that! 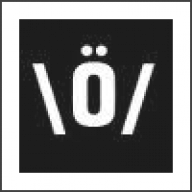 He robs the bad guys. No, he does not give to the poor.

Villains need prioritize when Burglarman is in town. Malice, revenge, and other villainous motives take a back seat when all your funds have disappeared and you're unable to pay rent, let alone buy arms for your henchmen.

@EvilEagles: Can I draw A character from DS resource pack?
Last edited by a moderator: Jul 8, 2014

OK, I love anti-heros and heroines~ Just done a quick sketch so far.

Really hope I have time to go back to this because I'm actually really in love with this character haha! 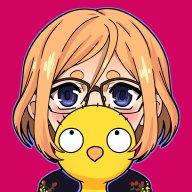 It not done just yet, but this time really want to have completely colored entry. Spent a good portion of the day sketching this one.

The idea is a female pirate who saves the world, but at the same time stealing its treasures. As well as saving the day in a un-heroic way kinda.

I'm going to submit a drawing later this week.

But--first, I'm going to start with a music entry. This piece is called "Things we really should not say."

It's revisiting the motif from the game I just put out and doing another variation on the theme. The game contains of really nothing but incompetent anti-heroes who preform very unbecoming actions and in an attempt to in fact, save the day, destroy every thing.

This theme is not only a musical representation of arguing, screwing the whole thing up, and failing to say the right thing (out of both anger and shyness); but developing friendship.
Last edited by a moderator: Jul 9, 2014

* Stands and applauds Ms Littlefish, giving her a standing ovation.* 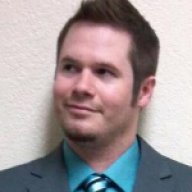 I'm going to participate for once so here is my entry!

I enabled downloads so feel free to use this for your projects with proper credit of course!

[SIZE=10.5pt]A majority of my characters tend to be severely flawed as heroes. They often lack a sense of seriousness and bicker at each other despite being tangled up in very profound and difficult matters. It's usually their personal bonds that strengthen and propel them.[/SIZE]

[SIZE=10.5pt]The epitome of that would be my character, Rhom. A very vulgar school teacher. He's loyal and charismatic but unorthodox, sardonic, and has an ego that is unrivaled. For lack of a brief description, when trouble hit the corridors of the academy, the scholar's robes literally had to come off, and he went on a rampage through the halls of the school. Why? Monsters were going to interfere with getting the last train home.[/SIZE]

Reminds me of a certain Scotch lover here on the forums, Ms. Littlefish, lol. <3 He looks great!

Decided to change my entry, work in progress. Really enjoying the entries so far

Update on my chickadee - gotten the lines and flat colours done. Shading shouldn't take too long - but for now here she is! Here's my antihero, Gruntle Mcscar. He drinks a lot and sells his sword to the highest bidder. He does have standards though.

Ninjakillzu
I finally added my newly updated demo back to the website! It only took like 4 weeks of work...
15 minutes ago •••