What are the Hooks in Your Games that Hooked Your PLayers? 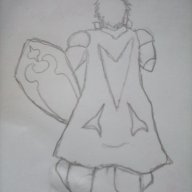 Hi. I have been indirectly made to understand that at least few of you have went out succeeded in making commercial game. As I also am hooked with the one that are non-commercial, help me, help us to be aware; I'm sure you have people giving feedback on your games. Could you share with us what are the certain hooks, as what may have been mentioned by your players, in your games that hooked your players while playing, in that afterwards they gave a very encouraging review and feedback?

Originally, mega length, and uniqueness of the cast.

Indinera said:
Originally, mega length, and uniqueness of the cast.
Click to expand...

Aha. Perks of building up a franchise for several years rite? I think I remember playing an Aveyond(is Aveyond series yours too?) around 2011,..I forgot exactly the content but it was very fun, it was my baby years in RPG Maker too(I'm still a kid tho, never finished making a serious game, hence the thread). Could you give an example from your massive game development mastepiecal repertoire on the "uniqueness of cast", as I am having difficulties trying to write characters' personalities..

I've made more than 320 playable characters since the beginning so it's hard to single out a few lol
But just from one game I had a Half Goddess, Goddess, Werewolf, Fire Elemental, Angel, Cerberus, Fish, Princess, King, Assassin, Undead, Vizir, Informatician, Economist, Geomancian, Chameleon, Demon, Dragon (and mini Dragon), Monkey, Mermaid, Robot, Virus, Bunny girl and of course a Cat too aha.

Ah sorry my bad. :S
320 playable chars in over like what, must've been over a decade?? 1.501242953 decades? :S
that's a hugantically massive amount of workloads. I have a lot of ideas, aspiring to build franchise like Aveyond, Millineum, Laxius, Legionwood...but when I think of it, and especially I'm still underdog in RPG Maker game dev skills, I feel like a huge pressure being conferred(or convulsed) upon me right even before I'm getting serious..any advice though?
So many variety of casts, I could begin to imagine the vague complexities of them.
Also what's a Vizir? And is a informatician = informer + tactitician? Kinda like...Advisory strategist per say?

edit: just saw the 12 years in the making in your sig, sorry xS
edit 2: crap this thread supposed to be about the hooks xV sorry

Listen to no-one, work for yourself, enjoy your game and have fun along the way.

Ruler of an exotic land.
Officially this:
https://www.merriam-webster.com/dictionary/vizier

And is a informatician = informer + tactitician? Kinda like...Advisory strategist per say?
Click to expand...

Indinera said:
Signature.
Listen to no-one, work for yourself, enjoy your game and have fun along the way.
Ruler of an exotic land.
Officially this:
https://www.merriam-webster.com/dictionary/vizier
More like the IT guy.
Click to expand...

Captain, roger that. Thanks!
Oh, IT guy, dang, I really need to brush up on my English again (whatever happened to my A+grade in English)

Eremidia Dungeon: Skyward Temple
This project is the shameless promotion of my battle system (emphasis on shameless). This works as both a game on its own and also a sample project for the system. During the time, I managed to hook my players to look at how I handle the animation, new mechanic, and new action sequence that (self-proclaimed) to be more robust and smoother than the other existing battle system. Many just download it for the sample sequence, but while at it, they have an option to actually play the game if wanted.

Eremidia: Rise of the Deep (The sequel project)
It's mainly for a nostalgic feeling. I noticed that some of the people liked the prequel and wished the continuation, so I made this. Originally, I wasn't planning to actually make a sequel.

-----
On top of that, some people seemed to like how I handle the battle.
And another hook I can offer is that my project will never get encrypted, so people are free to look around. The downside is, I'm not going to use any DLC resources ever.

Personally, as a coder, I try to hook players with unique mechanics. For my current project it's my battle system combined with my ability system. Basically heroes have abilities that can be level up through farming.

For my last game, the hook is the gut punch when you get owned by an early encounter and you have to start over (unless you're in the small percentage who makes it on first time). It encourages players to learn from the experience and try again. Got positive feedback from those who actually pushed through and learned how to use the battle system to their advantage.
It's a pretty niche hook that isn't made to be cast in the main-stream, but that's fine with me.
You must log in or register to reply here.
Share:
Facebook Twitter Reddit Pinterest Tumblr WhatsApp Email Link

jkweath
Thinking about picking up Luna Engine, but also wondering if I should wait to see if it goes on sale.
41 minutes ago •••