What can be done to make RMMZ to have overwhelming positive reviews?

Give MZ a year and it'll even out but right now... it should have stayed in the oven to bake a bit more.
For me, MZ is fine, uses modern JS, finally has layers so I'm cool with the built in level editor.

But this also feels just like MV 2.0 not a new RPG Maker... So yes, we knew a Ace like version was coming for MV and hopefully going forward we never see VX mapping again 'those were the dark ages of rm!" I didn't bother installing 1.0.2 because I tried replicating those issues and for me they simply didn't happen so I unno...

With another month passed(now MZ has released a bit more than 2 months), I can see that the steam reviews are getting noticeably more positive now.
From 1 Oct 2020 to 31 Oct 2020, there are 28 reviews, in which 75% are positive(21 vs 7), netting a mostly positive score.

The following are the summary(by no means exhaustive) of the positive reviews there during that time period:

1. MZ is easy to use
2. MZ has lots of potential
3. MZ streamlined game making(lets you make games effectively and efficiently) and taught me how to make games, which is impossible to me before
4. MZ has quite a lot of resources already provided to its users, including full body images
5. MZ pixel arts are quite detailed
6. The QoL, animation(effekseer) and engine(internal stuffs) updates in MZ are quite helpful
7. The scripting and eventing tutorials are readily available
8. The MZ community has always been awesome and helpful
9. MZ has TPBS
10. MZ has integrated some useful features from some MV plugins
11. MZ has the layered mapping system returned from XP
Note that:
1. 1 of the positive reviews is actually a negative one, as its contents are just "bad".
2. 1 of the positive review givers mentioned that he/she actually wanted to give a neutral review.
3. At least 4 of them have MV in Steam as well.
4. At least 3 of them mentioned that MZ is their 1st RM.

The following are the summary(by no means exhaustive) of the negative reviews there during that time period:

1. MZ has no native mobile platform support
2. Sometimes importing some mapping materials in MZ will cause some tiles in some maps to be wrongly passable, thus causing those maps to be broken
3. Importing resources in MZ isn't user-friendly at all(especially the image resolution requirements)
4. The actor HP, MP and TP bars won't reposition accordingly(e.g. recentering) when the UI dimension(like width) changes
Note that at least 1 of them only have MZ, but not MV or any other RM in Steam.

Also, even though the overall score's still mixed, it's increased a bit, from 63% to 65%, and now there are 173 positive reviews out of 264 reviews.
In short, it seems to me that it's still possible for MZ to have an overwhelming positive reviews, although it'll take tons of dedicated efforts to keep making MZ and the community(including its provided resources) to be even better than what thy already are 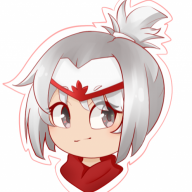 Is proberly eating one of evmaster's Brownie's.

With people who don't own MV and purchase MZ as their first RPG maker you can expect more positive reviews. I have seen alot of changes coming in fast with plugins etc converted or made for MV.
However i don't feel the swap is worth it just yet, i have 3 x the amount of plugins that MV can offer there is a ton of content i can find for MV right now so for existing users of MV the swap is of one's preferances. I have seen that Echo607 uses MZ and she made a video showing how good her game now runs it's performance MV Vrs MZ the MZ engine without a doublt is better for this and is good reason to move onto but maby in a years time when there is way more RTP and Plugins and more to use will i swap over. i'm positive the reviews will get better over time, but for now i'm working on a well known and used engine.
You must log in or register to reply here.
Share:
Facebook Twitter Reddit Pinterest Tumblr WhatsApp Email Link