What do you think of this class system?

I know the system I am utilizing in my game is pretty simple. It utilizes the Yanfly Class scripts (Class System, Class Specific and Class Unlock) in order to make it work. I'm going to be using the main character of the game (the one the player steps into the shoes of) to show an example of it.

Each character has a Primary Class, this is the class they start off with. For the main character (Whose gender and name is chosen by the player) the Primary Class is Scholar. This is the class that gives that character most of their abilities. The Scholar class buffs allies and can utilize Arcane magic (Lightning, Ice, Acid and Force spells). Their spells are weaker than most spellcasters, as Scholars are able to wield Longswords and wear Leather Armor.

The first two Sub Classes unlocked by the scholar are Tactician (Path of Hope) and Spellblade (Path of Justice). The Tactician adds the ability to equip Tomes to the Scholar, which boosts the Scholar's magical abilities. The Tactician also adds a number of improved buff spells. The Spellblade adds the ability to equip Chain Armor, which provides a better defense boost than Leather Armor at the cost of reducing Agility. The Spellblade also adds a number of improved Arcane spells and useful buffs in the form of Elemental Weapons spells, which allows the Spellblade to add any of the 12 Elements (Arcane: Lightning, Ice, Acid and Force. Divine: Light, Shadow, Life and Death. Wild: Earth, Air, Fire and Water) to the attack properties of themselves or their allies.

That's the jist of how the class system I want to utilize works. Was wondering what you guys and gals thought.

From your description, it sounds like a pretty ordinary use of the dual-class scripts that a lot of people use in RPG Maker.  So your scholar can either be a Tactician sub which gives them a bonus one stat and a set of buff spells... or a Spellblade sub which gives them a bonus in a different stat and a different set of buff spells.  It's not bad, but I feel like I'm left with little to comment on besides, "congratulations, you are using Yanfly's Class system".


What in particuar do you want more feedback on? 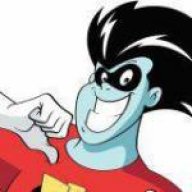 Why not have some other method of unlocking and progressing subclasses? Given the name of your initial class, you could go down the path of learning things through studying various things.


For example, the Tactician:


Having subclasses and skill progression through 'learning' through the use of items rather than just level allows you to go and add some hidden subclasses and more effective skills for your subclass (although this should be optional as opposed to mandatory).

@Wavelength Was wondering if it seemed too complex or too much to keep track of. A friend of mine, who plays mostly tactical RPGs like the Final Fantasy Tactics series, said it was too complex and shouldn't be in a RPG Maker game.

@HeckHound I have no idea how to do any of that or if it would even be possible to do in VX Ace.


I was trying to go for Final Fantasy Tactics' (For the PS1) class system, only more specialized per character, but could not figure out how to pull it off exactly how I wanted it.
Last edited by a moderator: Jul 5, 2016

TimmyTheNerd said:
@Wavelength Was wondering if it seemed too complex or too much to keep track of. A friend of mine, who plays mostly tactical RPGs like the Final Fantasy Tactics series, said it was too complex and shouldn't be in a RPG Maker game.
Click to expand...

It is absolutely not too complex, unless you want to focus your RPG away from combat, strategy, etc.  A game that focuses mostly on narrative or physical exploration probably has little need for a deep class system, but even for a middle-of-the-road RPG what you're describing is not too complex and would probably be an appreciated feature.


As with all features, how you introduce the system to the player is always going to be paramount in allowing depth without overcomplexity.  This is a pretty broad concept and it's not really my design specialty anyhow, but just keep in mind that what players infer from the way menus are designed and the context of any scene that introduces a mechanic are even more important than the text you actually give the player.  While not directly relevant to RPGs, this video detailing Level 1-1 of Super Mario Bros. gives an excellent primer on how to introduce mechanics without needing to explain them.

Heckhound's suggestion is easily doable in Ace using ordinary events.  There are event commands for adding a level and for learning skills, both can be activated by clicking on the book, or whatever mechanism is chosen.  The subclass is bit more tricky, but again I'm pretty sure can be done using variables and the appropriate script.
You must log in or register to reply here.
Share:
Facebook Twitter Reddit Pinterest Tumblr WhatsApp Email Link

Ami
tethering is my lifesaver,especially when computer or laptop doesn't support internet connection.
7 minutes ago •••