What is a Puzzle? (in RPGs) 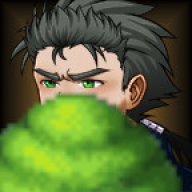 I was watching a few game-making advice youtube videos one time, but this was on my second screen where I play people talking so that I can just hear the sound of another human speaking.

So, I forget who said it.

But what they said was the trick to having a good puzzle is to have a "hook", where progress requires two seemingly contradictory things at once.

Proverbially, you have the player encounter two locks while having one key.

A good example of an actually pretty bad puzzle is the shotgun from the first Resident Evil. The shotgun is mounted on the wall in a room with one entrance, only accessible from another room. It's rigged so if the player takes the shotgun and leaves the room, a trap will trigger in the access room that will either kill the character or cringe the player with terrible voice acting, depending on character selection. The way you solve the puzzle is to find an item called the "broken shotgun", and then when you grab the shotgun you replace it with the broken shotgun. Then, you can leave the room safely.

Suppose instead they put the shotgun inside a locked gun case and replaced the broken shotgun with the gun case key. It's structurally the same as the first scenario, except now it's no longer a "puzzle". Now it's a fetch quest for the key.

What makes it a "puzzle" is the "hook"...the player is presented with a seemingly contradictory situation...they can grab the shotgun but can't leave with it. There are two proverbial locks - grabbing the shotgun and leaving the room. The player is given one key for one of the locks.

So, the sad truth is when you deconstruct it, nothing is a puzzle in a video game. Everything is a predetermined series of actions necessary to obtain a specific outcome. The trick is concealing it behind a series of "hooks" and presenting it in such a way as to make the player feel smart.

I never looked at it that way. That is an interesting concept. I'm not very good at making puzzles anyways, but this is something to ponder on in case I ever decide to try my hand at it.

Ailius said:
So, the sad truth is when you deconstruct it, nothing is a puzzle in a video game. Everything is a predetermined series of actions necessary to obtain a specific outcome. The trick is concealing it behind a series of "hooks" and presenting it in such a way as to make the player feel smart.
Click to expand...

That seems an odd determination to me. If that's your line of thought, then what can be a puzzle outside a video game, in any aspect of life?
A jigsaw puzzle would not be because it requires a predetermined number of pieces to be placed in predetermined locations to obtain the specific outcome of the picture.

A riddle would not be because only a predetermined word obtains the specific outcome of saying the answer is correct.

So if you feel that definition is not a puzzle, what on earth is?

Well, if you were to deconstruct Michelangelo's statue of David, you could call it: 2377 kg of CaO, 1415 kg of SiO2, 1811 kg of MgCO3, and some other miscellaneous molecules.

Ailius said:
Well, if you were to deconstruct Michelangelo's statue of David, you could call it: 2377 kg of CaO, 1415 kg of SiO2, 1811 kg of MgCO3, and some other miscellaneous molecules.

Except you were the one who did so initially?

I was just trying to figure out your point of view in the quoted post.

I suppose I did. Good point. 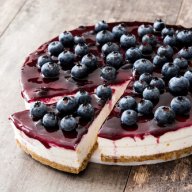 Honestly, I think a decent puzzle is more like a break from the standard gameplay flow. You sit there and try to figure out a clever way to go forward that doesn't involve smashing buttons or cheese battle strats to figure out.

It makes you stop and question everything for a quick second instead of bullheadedly pressing forward. A puzzle can generally be frustrating because it interrupts the immersion within a game, but I've always regarded them as something of a refresher.

It's a pretty cool thing to have your more important story bits involved within a puzzle, as having the player stop and actually think about the content at hand leaves a much more memorable impression than many more of the other moments within the game. I tend to think of puzzles as more of a tool to help bring depth and flavor to the story of a game rather than a tetris showdown. 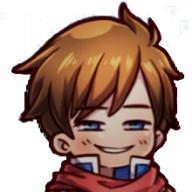 A puzzle follows a strict concept.

The Player => The Obstacle => The Goal=> The Outcome

The player has a obstacle preventing them from progressing the hints indicate how to complete the goal for the desired outcome.

That is the basic fundamentals of creating a puzzle.

Simple example your in a room there is a lake (obstacle) a chest is on the other side (the outcome) you see a tree with the idea create a bridge (the goal) you enter the hole to anther room you see a blob with a axe inside it.

There for you have to kill the blob to acquire the axe to cut down the tree to make a bridge to acquire the chest on the other side a simple puzzle but a puzzle none the less.

A word of warning though do not paint the puzzle as obvious players hate this because nothing worst then holding someones hand when a puzzle is meant to make you feel smart but also do not make it so impossible that they cant figure it out throw a few hints around like i did with that puzzle being a door that the player has yet to venture or the blob that has a axe inside to hint to the player this blob is different then the others and you just came from a room where a tree could be cut down.
Last edited: Aug 7, 2020

I like this blog post about puzzle categories. The only thing I'm split on is crafting. It can be a puzzle but simply putting two items together doesn't necessarily make it a puzzle (unless you have to figure it out).

Here's the author's take on what constitutes a puzzle:

A puzzle is a problem or set of problems the player has to solve within the confines of your game.
Click to expand...

So crafting puzzle you want? that's easy using the strict concept for puzzles here is an example.

Take a simple crafting bench it would require tools to use because you cant cut wood with your hand or hammer nails without a hammer thus that is what is required to beat the obstacle or if its a forge it would be something as simple as fuel.