What kinds of governments do you include in your games? 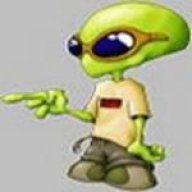 I've kinda asked this question before, but in a different way more than a year ago. Since it was a popular question to answer, I've decided to bring it back (somewhat) and see if opinions have changed any.


In my current MV project, the game starts out in a democratic Republic where some of the player characters originate from. The leader is a President who the starting player character works for. There is also another democratic country in that world, and it is a constitutional monarchy. What I plan to do is somewhat poke fun at this system (the King and Queen make jokes, the youngest Prince is a troublemaker of sorts but becomes a party member later, and the Prime Minister is the semi-serious "straight man") but overall the country is a sympathetic one. 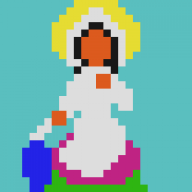 The current situation in my game is that the city used to be a democracy, until the current mayor became too lazy to work or manage his deputies. He left suddenly with his son and the city is in a semi-anarchic state. The result is that many of the superhumans have either abused the opportunity or are fighting against the corruption. Some of the superhumans also decided to go underground and launch a decisive attack on the remaining "heroes."

This is in addition to the player-viewed story where four citizen superhumans are trying to stop a robotic invasion from an enemy town, which is deep underground in the literal sense.

Eh, it's hard to say really. My game takes place 12 years after a cataclysmic event basically united the world under a single visionary to stop it (think Fire Emblem: Radiant Dawn endgame or The wheel of time series for examples of similar cataclysms) and though the visionary commander managed to lead his armies to victory he died in the process leaving behind a world full of monarchies whose soldiers have just survived a multiple years war fighting alongside each other, oftentimes while their 'liege' stayed in his/her controlled lands for safety/stability.


Because of this, though most of these monarchies still exist the influences of 'the crown' have waned, as it were, as virtually any act of war from anyone would now pit former comrades against each other, and with the memory of an inhuman threat just years in the past rallying the now at peace populous into support for human on human conflict is nearly impossible from an offensive standpoint at the moment. On top of this new orders rise, "The Pilgrims of the Dawn" are a militant religious group that have formed since the victory of the visionary ruler against the cataclysm and have deified him posthumously while corrupting his sacrifice into an absolute rule of law that has to be upheld lest the cataclysm that ravaged the world return, and their edicts carry a lot of weight with commoners the world over who remember the world descending into chaos regardless of what their particular lord or lady did and didn't do, and that weight binds the world's rulers from taking direct action against the Pilgrims, no matter how outlandish their edicts become.


In short the political sense in my game is a powder keg, commoners beginning to pine for self-rule/anarchy while monarchs struggle desperately to 'right the world' and retain power all the while seedy individuals seek to pull the rug out from under both groups and seize a new kind of power for themselves.

In a lot of my stories government doesn't really matter too much. A lot of them are modern settings and in small locations (like a single town and its outskirts), so often not much is dealt with beyond a mayor. Seeing how government doesn't play a huge role in that setting, I just do what I know. Which would be a loosely American kind of government.


I do have one story that's scope is a lot more global and includes a lot more government in the narrative. But even then I try not to go too, too deep because I want to keep it simple. Try. There I would say the home country (of the main character) is most closely resembling a Republic. It has allied with a number of small island nations who wish to be sovereign from another region on the mainland that has recently been overthrown and left in a state of near anarchy. There is another region on the mainland with an unusual situation, but I'm still ironing that one out. XD

With my stories for projects, it... varies a lot. For a current project set in a renaissance-level society, there's a lot of monarchies, and venturing to other lands on the planet it takes place on can also reveal empires and tribal societies.


In fact, some of the nations that were related to each other can even differ a lot, just based on who's in charge and how they run things. Like, one might have more benevolent rulers, while another related kingdom might have a tyrant, or a lazy jerk. One might have carefully selected officials, while another might be rife with corruption due to either laziness on the part of the ruler, or self-interest.


With what I've been outlining for this project, I've already got some interesting history for some of these nations, and why they are the way they are when the game takes place. For example, a once-great kingdom that was split into fragment states due to a previous conflict in the history, with current issues about reunification like who should be in charge and whether the fragments even want to reunify at all.

Being the 'fantasy rpg' style game.


I have a couple of king/queen ran kingdoms and villages and towns that are not under the kingdom's reign have their own structure.


Kingdoms (all villages and towns within this kingdom are ran under that king/queen's rule) the towns and villages will have a 'kingdom representative'.


Towns / Villages (land owned by resident - for instance my starting village is ran by the family it's named after (people get land from kingdoms for doing certain things) - so these types vary from friendly open villages (where no one person seems to really have authority as long as you don't do obvious criminal activities - theft, killing etc) and others where a single person may rule even a village of 6-10 people with an iron fist.
You must log in or register to reply here.
Share:
Facebook Twitter Reddit Pinterest Tumblr WhatsApp Email Link