What makes a good puzzle? / How do you come up with interesting puzzles? 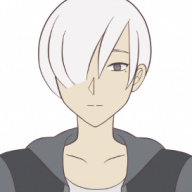 Hey guys, I'm trying to think of a few puzzles for my spooky game. I'm wondering what you think makes a good puzzle. Also, how do you personally come up with interesting puzzles for your game? Is there anything that inspires you?

There are simple "puzzles" like grab an object and place it here to advance to the next area.

I know some games have math puzzles but I'm not really into that.

So yeah, what do you think makes a good puzzle, and how do you usually come up with your own?
Last edited: Aug 6, 2018

My general rule (as someone who is making a story driven fantasy adventure game) is that puzzles in mandatory dungeons, meaning dungeons that the player will have to clear in order to complete the game, are easier to clear than other puzzles. A puzzle shouldn't be too hard as to keep some players from progressing. As for optional dungeons, now that's a different story. I can make harder puzzles with more complexity since I know that if a player can't complete it, or won't take the time to think hard enough, he can just give up and skip the dungeon.

This brings me to my next point: the point of a puzzle is to make the player think. It's an obstacle that blocks the player from progressing in a dungeon and that needs a minimum of thinking to clear. It can be something simple like a switch, or it could something more complex like a system of colored switches that can be activated and deactivated to deactivate portals blocking a way, but with a restriction on the number of switches that can be deactivated at the same time.

I usually come up with puzzles pretty naturally. I suspect that's because I'm someone who loves puzzles and in the past I was always doing puzzle games.

if you haven't already, try playing the Submachine series by Mateusz Skutnik
http://www.mateuszskutnik.com/submachine/

I believe it has all possible scenarios of puzzle games imaginable.

Above all else, keep the random encounters and puzzles out of the same map.

@MushroomCake28 Thanks for your input! The game I'd like to make is a spooky one. I was thinking I wanted at least one puzzle that should be solved under a time limit.

@gstv87 Thank you, I'll definitely take a look at this. Hopefully it'll give me some ideas~

Guardinthena
Riding thru a slump and not sure how to drag myself out of it. Hate it when these moods take me. Trying to focus on my art but hit a wall with that(TT)
Today at 12:39 PM •••
StarWolf
Trying to come up with an idea for a game, so far nothing.
Today at 11:19 AM •••