What makes combat satisfying for you? 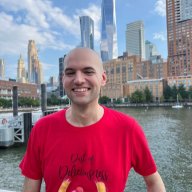 Specifically, I'm talking about gameplay here.  Obviously everyone appreciates clean animations and clear functionality.  But what in a jrpg makes you actually enjoy fighting enemies?  Often battles become a chore we must get through to get to the other aspects of the game we like, whether it's the story, atmosphere, or feeling our characters grow.   But have you ever played a jrpg where fighting enemies was truly satisfying?  If so, what about it made it that way for you?

Chrono Trigger does it the best. They limit the battles based on the map, NPCs do not respawn until you leave the map. This allows exploration without making the player feel the chore of having to deal with more fights. if you make the fights in the areas that the player must go, this does not penalize the player for exploration but rather rewards them since they have less time in between combat. Players like to explore, you just got to give them a good enough reason to.

Combat sucks when you got to wait for animations to play, games that require you to wait more than 2-3 seconds per attack are too slow. Attacks should take about 1-1.5 seconds unless it is a special that is not done that often. Summons in Final Fantasy X are still too slow for my liking.
Last edited by a moderator: Nov 25, 2015

combat feels lika a chore if too generic and repetitive and unchallenging.

every action and decision should be different. not just continuously hitting "attack" a million times. good examples saga 2, saga frontier

magic should be encouraged more. why can one "attack" nonstop and never get tired? but magic is quickly depleted. you have dedicated mages attacking 90% of the time and saving magic for the bosses. good example again saga 2. you can use magic 100% of time.

agree animations should be short. i hate watching ridiculously long animations. yea it's cool the first time but quickly tedious after a few times.

The number one thing that makes conbat very satisfying to me in an RPG is to have a very large variability in the result (and, importantly, to have that variability be based on how well I play the battle rather than on RNG rolls or AI roulette).  I love to start a battle and - even with knowing how strong the enemies in that fight generally are - being able to foresee the result being anything between a flawless victory or a game over.

This is pretty easy to do in an Action Battle System - if well-balanced and well-designed, the battle is going to rely almost purely on the skill of the player - how well they hit, dodge, and manage their characters in the chaos of the fight.  Star Ocean 2 and 3 might represent the best form of this variability - things can go very bad very fast, but you rarely (if ever) feel like a battle is unwinnable.  The recent Tales Of games (Vesperia and onward, for the most part) do a very good job keeping battle exciting like this, too.  Eternal Senia is a nice RPG Maker example of this once you get about halfway into the game, as is Homage.

This excitement is less often there in turn-based combat, but some games have done it beautifully.  Persona 3 and 4 can feel slightly too random but in general they give a great sense of strategic variability - you can earn a convincing victory, a pyrrhic victory, or a game over in any given battle based on how well you manage turn order and information.  Disgaea and Phantom Brave can provide this to players who don't grind, forcing them to rely purely on their ability to position their characters in the best possible way on the battlefield.  Grandia 2 (though it's too easy to be exciting) has all the makings of such a system, with the ability to tactically juggle opponents so that they can never attack if you do it perfectly.  Skyborn did a decent job of this on the RPG Maker front.

In short, knowing that my skill and strategy can massively affect the outcome of the battle is the most satisfying thing there is for me in RPG combat.

Besides this player-based variability, here are some other things that make combat feel good to me: