What resources do you use for skills in your game? 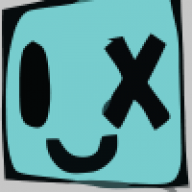 In my project, I try to take the law of conservation of energy into account - nothing can just appear out of thin air. As such:

The best example of the former category is in Star Wars: The Old Republic. The Jedi Knight and Sith Warrior all generally use a "Rage" (called "Focus" for Jedi) meter that's built through skills and constantly decays out of battle, encouraging you to constantly fight to ensure you're getting the most out of your CDs and rage-building skills.

For the latter category, see pretty much every class in World of Warcraft that uses Mana; you only get a finite amount of mileage out of your skills before going oom and becoming a worthless brick for the rest of the fight you're in.

If you can't tell from my tone, I overwhelmingly prefer the former category. I'm sick to death of games where unchallenging, fun-killing player habits like this are considered "skilled play."

Every time I've played Deus Ex: Human Revolution, I find myself having to leave perfectly good items behind because everything (including myself) dies too quickly regardless of difficulty to put a meaningful dent in my inventory, no matter how extravagantly or wastefully I burn it on a fight or boss battle. And after every fight, I have to worry about leaving behind items because there's only so much of any given item in the game, and "what if I need it later?"

Unpopular opinion but if you want the player asking themselves that question, then what you want is unchallenging, unfun, and overall badly designed. Find a better way to challenge the player.

tl;dr controversial opinion of mine but chronic difficulty sucks, and is part of the reason why the turn-based RPG genre hasn't been revitalized yet. change my mind.
Frankly, I tend to stick to just stick with a TP/Limit Meter for skills with costs. I'd use Cooldowns as well, but I'd want to be able to implment a cooldown reduction system to make them feel fluid, and idk how to do that yet.
Last edited: Aug 23, 2020

I like to stick to the less is more philosophy, and try to keep things simple.

MP is the main skill resource, that goes for all but a character's first skill (which is always free to use).

Tokens are used as secondary resources, which are unique to each character. These don't limit the use of skills, but do enhance skill effectiveness. Tokens are generated by using certain skills in combat.
You must log in or register to reply here.
Share:
Facebook Twitter Reddit Pinterest Tumblr WhatsApp Email Link

LunarFlareStudios
I've had some hard times. A co-worker accused me (not going into detail here), and I am trying finish training next week. Still not paid yet, I think next week.
Today at 3:03 AM •••

Kuro DCupu
I don't like hard boiled eggs...
it's weird to eat something that crunchy outside soft inside. And after chewing it for a while it started to spill red sauces that taste like iron.
Today at 1:35 AM •••