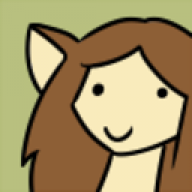 I remember that my first "game", if I can calling this like that, was an educational game "Moje Pierwsze ABC" (in english: "My First ABC"). In this program children were learning about an alphabet. I had also a similar program with numbers, but I didn't liked counting (maybe that's why I always love a literature, not mathematic).

But my first REAL game (not some "educational game") was Croc on PC. My Dear Celestia, I love this game. I won't even say, how I and brother were playing in Croc over and over, and how we hated one stage (with pots. Oh God, pots...) and how we were happy when we finally defeated final boss. For me, this game is also so important, because it's the ONLY game which I completed in 100%, not brother (I'm younger. Ah, this pain of being younger...).

And also this is the only game, which we were crying and we were having 3 days of mourning, when we discovered a broken CD. Even our mom was sad - she loved listening a soundtrack. BTW soundtrack from Croc oh yeaaah~~.

So yeah, definitely my first TRUE game was Croc. 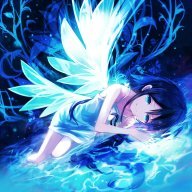 This was the first game I've ever played in my life:

Does Snake count as video game? Don't know what system it was on. It was in 1980s and I was only about 4 at that time.

If not, I'd say my first video game was Might & Magic Book One. It was on IBM DOS.

I had no idea what I was doing but eventually got used to the game. It was really fun at that time.

Even now I can get back into that game no complaints.

While we're on this topic, I'd like to say that Final Fantasy VII was the first game that introduced me to JRPGs.

It was all about western RPGs before that. For that, FF7 will always have a special place in my heart.

My very first game was Space Invaders on an old Atari System, the first game I played and knew what i was doing is Super Mario Bros, Final Fantasy 8 got me into RPG's (somehow, my dad never bought me SNES rpg's, shame on him), the game that got me in competitive gaming was age of empires 1/2 and age of mythology, where i became a pretty good player.
You must log in or register to reply here.
Share:
Facebook Twitter Reddit Pinterest Tumblr WhatsApp Email Share Link