What would you like to see out of an illustration generator? 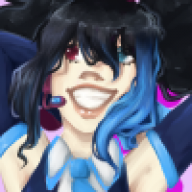 Sorry if this is in the wrong spot, I wasn't really sure where to put it. ^^"

I've decided to make a "generator" (really, it's a collection of .psd and .clip files that can be freely edited) for illustrations, because most of the generators I see are for walk cycles and whatnot and don't cover all of the needs of developers who can't do their own artwork and for whom the in-game makers don't cover enough ground.

Basically though, I don't know where to start, because I have a lot of plans and no idea what the community would get the most use out of. So I thought I would ask you guys: what would be most useful to you from an RPGMaker oriented illustration generator?

I'm probably going to start by illustrating the base game maker parts for the various bases I want to make, but I'm not sure whether people would get the most use out of cutscene illustrations, splash screens, plugin illustrations (like for the visual side of Moghunter's plugins), faces and busts, static sideview battlers, etc.

I also wanted to see what kind of poses and bases people would want within those larger categories (like, would it be more helpful to have a base with arms crossed or at their sides? Would you rather have a cutscene image of a group photo or a hug? etc.) so that I can provide what will be most helpful to the community. And with the .psd and .clip files you would have full access to all of the shading, coloring, lineart, etc. layers, so that you could make changes as needed to fit your project.