What's the point of Script Calls? 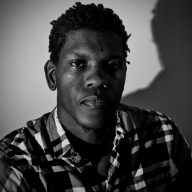 Hey all. Was wondering what's the benefit of using script calls? Like why use something like "$gameMessage.add("Show Text Script Call")" instead of just using the "Show Text" event command?
Last edited: Dec 13, 2020

There's lots of reasons, but to provide a quick and easy example, look at the Play SE event command. Let's say you want to play a SE at 40% Pitch. However, the editor only allows you to set a 50% pitch at the lowest. With script calls, there's no such limit.

You can even replace the pitch value in a script call with the value of a variable.

And regarding the one you've posted... combine it with the SetFaceImage script call and you can have a message that changes the face image depending on the number of a specific variable and such.

SoundsByDane said:
Hey all. Was wondering what's the benefit of using script calls? Like why use something like "$gameMessage.add("Show Text Script Call")" instead of just using the "Show Text" event command?
Click to expand...

if it's something that already coded to event command... then nothing i think...

some example is what Beregon mention above.

SoundsByDane said:
Hey all. Was wondering what's the benefit of using script calls? Like why use something like "$gameMessage.add("Show Text Script Call")" instead of just using the "Show Text" event command?
Click to expand...

In your example, none.

Strictly speaking on the "show text command" example, perhaps you could randomize the order of the words if you know some JS syntax.

The point is, once you know how to code JS, you could manipulate data and simplify the command that if it was using event, it requires a long sequence of events, while if you use script call, you only need to write a few lines and done.