Where do you get ideas for a game? 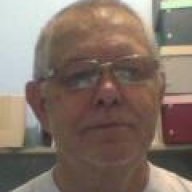 Where do you get ideas for your games?

It seems everything I think of, I have either already used or someone else has.

From playing other games and from anime.

And I don't worry too much about using ideas that are already used by others. Popular ideas are often popular for good reasons.

Most of my ideas tend to spring forth from ridiculous conversations I have with my boyfriend, Goldstorm. We just kind of get into these never ending spirals of bouncing back and forth, and that's where many of my characters and scenarios have originated from.

I turn on some Heavy Metal or Progressive rock and that's what inspires me. As for advice, don't get too hung up on being original, being good is much more important, atleast to me. Original isn't always good, and a lot of things people say are "original" isn't actually that original the people just have small refrence pools. See Puella Magi Madoka Magica, and people acting like it was the first series to play magical girl themes darkly. I even heard someone say it was the first really dark anime...like Berserk or really a lot of 90's and 80's anmie never existed. 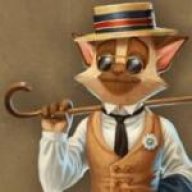 Don't worry about being original. Everything has been done before (usually by Shakespeare, who stole it from someone else). It's far more important to do it well than do it first.

My son promised to give me an idea tomorrow. I am thinking of trying something like the old adventures of link or Zelda.

If I'm doing something semi-automatic, like walking to my job, eating, showering, my brain seems to automatically calculate possible developments fro my story, accounting for the music I heard during the day, or the landscapes I've seen. Doing so, I pretty much come up with an unlimited amount of ideas ;D
Last edited by a moderator: Oct 14, 2015

Ideas for what? Game Mechanics? Or Plots/Stories?

For the Game Mechanics... This forum.

For Plots and Stories... Conspiracy Theorists. Google conspiracy theories. You'd be surprised by what some people come up with. While some may sound pretty loopy, a lot of what people come up with actually makes sense. And man... Do they ever go into detail. Especially in forums. People are constantly picking apart other people's theories. It's like someone combing through your story for plot holes.

Take those little theories and merge them into a plot that fits your world. You can come up with some pretty cool things.

I guess "from my head" is not helpful.

No, seriously, I dunno. Sometimes things just pop into my head. Sometimes it starts from a small conversation. Sometimes from crazy dreams. Or my kids make me think of things. But most often it starts with something small and just keeps growing into this much bigger idea.

Sit and people watch. Pick out a person or two. Imagine what they are doing, where they are going, why they are there. Imagine would they would do if an alien ship landed right then and there. Or wizards showed up. What secret lives are they hiding? Super heros, magic, another species? Just find a spark and let it catch fire.

I usually get a theme or something running into my head and springboard that into different things until one catches my eye. I was reading about pirates and suddenly it led into more and more things.

While most of my "original" or strange stories come from dreams, or images that come based on listening to music, many come from one bvasic question:

"Nothing is completely original." That is my belief. So I don't really care if my idea is original or not, it can be UNIQUE though. Like, Bravely Default is an RPG, therefore can be included in the same category as other RPGs. That being said, it is unique (at least to me) as I have never played a game with that battle system (the Brave-Default one), I might have just missed others that is similar to that doh.

For the ideas, if I am stumped, I use generators. NaNoWriMo's Youth page has a good one and SeventhSanctum has a lot of it. Maybe you should try it?
Last edited by a moderator: Oct 16, 2015

From playing other video games, and board games.  From dreams, and daydreams.  From anime and other fantasy.  From observing real-world politics.  From reading about decisions that people make in unusual or high-stakes situations.

Like others have said, I wouldn't focus too much on originality. Since every person is unique, every person will tell the same story or use the same concept in their own unique way. Also, I think it needs to be said that if someone has no ideas for a game/book/movie/whatever, they probably shouldn't be trying to make one in the first place. My ideas for games have come mostly from my dreams (which often include concepts too weird for me to turn into my normal literary fiction) and from things that I have read and would like to see recreated in a visual, interactive medium. There are other sources for ideas too, like stuff that I watch (which isn't much) and would like to put my own spin on. Inspiration can really come from anywhere. If no inspiration comes, there's no point in making a game.

I am thinking about using an idea from a book I have written and not yet published. 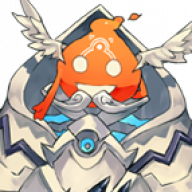 For example, I tend to really love weapon customization/modding in games. I like it when you can improve a weapon using items to attach to them or otherwise use on them to improve how effective they are. Especially when you are given options to choose from, meaning a player can make their own decisions on what they think is best needed for whatever way they want to play the game.

And then often one feature can result into me thinking about different features, like how the economy should work to obtain those items. Or what kind of combat system would best support those features.

Then whenever I have a set of features that I really want to put into a game, and try to figure out getting them to work together or to work with other ideas, I start to think about what kind of world I want that game to have, what kind of setting would best fit those features, or, if any setting or multiple settings would work, which one would appeal to me the most at the time.

Eventually it just kind of snowballs into me crafting an entire world, stemming from me simply wanting to put a game feature or concept into place.

That said I've also had a lot of ideas that I've had around even when I was a kid, and just never have see any fruition with yet. Some concepts I can still remember me thinking up when I was pretty young, and just never found a way to realise them in a game yet.

I'm not sure if this will be of any help, but I guess my approach can be boiled down to me thinking about game mechanics first, story, world, and plot, second. Even for cases where I've had ideas for series of games, each game I imagine producing or even manage to conceptualize in some way usually has it's own place mechanically to separate it from other games I might produce.

Though, what happens if you've been making games for long enough that you've made every game feature or mechanic that you can think of? Sometimes just trying to see if there's any way you can improve those features is enough to get the ball rolling again.
Last edited by a moderator: Oct 21, 2015

Raybrite said:
Where do you get ideas for your games?

It seems everything I think of, I have either already used or someone else has.
Click to expand...

First, forget being original. The Epic of Gilgamesh is the closest you're going to find, and that's because all the stuff it copied has been lost to time. [Edit: You do have to be careful with names, with so many trigger happy lawyers trademarking everything under the sun - but that can come later in your project]

Ideas can come from ANYWHERE. Don't limit yourself to just games: TV shows, Anime, Kitchen Appliances, Life (that stuff you see when you go outside), Dreams. Keep a journal with you all the time.  Stephen King has talked about great stories he lost because he was stopped by a neighbor for something when he was going back into the house to write an idea down. Don't get married to a single idea - if you're working on one, keep writing down ideas for other ones. The one you're working on may adapt, may not get finished, or at least you'll have the next project lined up for you. That said, don't get too distracted working on things you're not working on - write down the ideas, and anything else that your muse says to you, but stay focused.
Last edited by a moderator: Oct 25, 2015 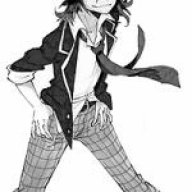 In terms story and characters, I get those ideas from everywhere. Movies, shows, other games, even things that happen in my everyday life can spark something inside me that I can translate into a videogame.

As for game mechanics, I lean towards action and fighting games, because fast-paced mechanics are something not prominently featured in RPGs, especially turn-based ones.

Mainly Discworld books. The series is a kind of introspective of fantasy tropes in general and, well, it's vast.

Apart from that, other games, which I have been known to accidentally steal from thinking it's individual thought. 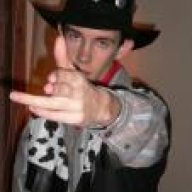