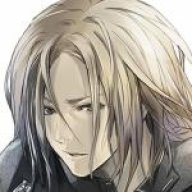 Started to play the demo, but I have a problem...


I'm just at the beginning and have to look at my business card in the menu. But only item I got is a Med-Kit


Am I just too stupid? By the way, if I do not choose the answer to get a menu tutorial I get no item. 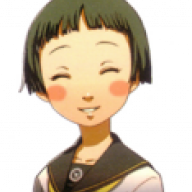 Despise said:
Started to play the demo, but I have a problem...
Click to expand...

Move the menu to the left or right, there are multiple tabs.


In the sewers behind the gate that needed to be unlocked was something. I couldn't really make out what it could have been. Also on the far left of the sewer was a weird minotaur creature (at least it looked that way), it felt a bit out of place since I couldn't open any of the doors nearby the monster. Maybe I return to the sewer at some point? I forgot to mention the woman in the Cemetery, I don't really know what much to say about her. Although she reminded me of a silent hill 2 character that you also meet in a cemetery.I also feel like I saw something in the Garden of the Opera (looked like a human), it was on the screen for a second, then disappeared. Maybe it was the fact that I don't really play horror games that got me to see things that weren't really there >.>

@ Despise: the tutorial there will be updated... and I'm hoping to find a way to show more clearly on the menu there... but the items are actually sorted by categories and you can switch the categories by pressing the LEFT and RIGHT directional keys. I apologize for the confusion there, and it will be cleared up soon. And thanks for helping him out here as well, hiromu. If you need anything else during your play-through, don't hesitate to ask.

@Hiromu: definitely trust your eyes in this game, man. You definitely saw SOMETHING in the garden. And yes, it was only there for a second. I think I know exactly what character you're talking about from sh2. I do think that meeting her in the graveyard was probably the largest similarity between the two though. And about that creature in the sewers, I may or may not alter that section of the map...not certain...but I know I need to change a few things about that sewer.

On behalf of John Kramer, myself, and the rest of the development team.

MERRY CHRISTMAS, EVERYONE! Whether gathered around your family reliving old traditions...or starting traditions with a family of your own....

May your holiday be exponentially more joyous than his.

Updated the original post a bit... including some info on a Ranking & Achievement system I'm working on. The next demo will have a fully functioning version catered to the demo itself.

Here's a blurb about it:

►Achievements & Rankings based on your play throughout the game:

The Ranking System in Wolves at White Lake will grade you in five separate categories (ranking 'A', 'B', 'C', 'D', and 'F'), and from those, determine your overall ranking. ('A+' is possible for the Total ranking if all five categories are given an 'A' Ranking individually.

For example, Avid Reader is given if the character collected all of the Journals in the game.

The requisites for each have been adapted to the demo length...so all of these are currently achievable...but some are pretty darn unlikely.

(the next version of this demo will include these Achievements and Rankings...but based on completion of the demo, itself...once the complete game is released in the future it will have higher values to accumulate to earn Achievements and Higher Rankings.) An example of this would be Achievements like Sadistic (more than 50 creatures killed) or Pacifist (less than 13 creatures)...in the full version of this game...these numbers would be greatly different than in their current form.

Anyway, I posted today to let people know about the updated demo I just uploaded. It has a fully-functioning Rankings and Achievements system and goes through

about 25% of the game (roughly 2-2.5 hours). It has been a while since I last posted about this game... but that's because I was tinkering with the Rankings system. I wouldn't stop toying with it until I KNEW it was possible to get an A in every category...among other things...while still keeping a certain level of difficulty about it. And now I have it set the way I want it...I've released it for everyone to try. I'd be interested to know people's ratings and stuff upon demo completion.

...and don't worry your pretty little heads about that...I won't use that information for anything nefarious...

Here's the results of the Rankings and Achievements stuff, if you're interested:

As you can see it's quite possible to attain all A's in the rankings...but not that likely on your first play-through. however—

—even all A's will not mean you obtain all the achievements. It should be noted that there are achievements that can never be unlocked at the same time as one another because of the varied nature of these awards. Breaking & Entering and Law Abiding Citizen are opposites involved with choices in the game...

It's a very similar situation with Hypochondriac and Tough Cookie. (only this time it's based on the amount of health items consumed.)

Been working on technical planning for the next 'dungeon' in the game and working on side-quests and the like...It's been a fairly busy month for me (early February until now), but I am looking to get the ball rolling at full-speed again.

Also, there may be a visual change in store for the next release...gonna stay pretty tight-lipped about that until I get all the little details worked out and finalized. So you MAY not see a whole bunch of screenshots for a little bit.

I've taken a couple screenshots of some side-quest related material...

When I was younger I was spoiled with good word puzzles...the likes of which I found a few in games that I loved (examples: Silent Hill 1 & 2).

I think word puzzles and riddles are great at shaking up game-play. Soooo, I include them in my game...it's as simple as that.

This is one of the side-quest related optional puzzles, here...and I'm quite aware you can't see the riddle here...that's on purpose, but I assure you, as it is optional...it isn't very easy.

And this is the room I call the 'mirror' room. It's a bit unsettling...but only a bit. what's worse is what comes after...

...and yes, eventing the mirror was very, very fun...it was a lot less intimidating to make than I thought it would be, too.

It doesn't let me play the game because it says one audio file is missing.

What I do? I really wanna play this game. :/

annme090 said:
It doesn't let me play the game because it says one audio file is missing.