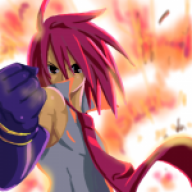 When I found this I was amazed, like the scripts the site does are so advanced and extremely hard,but I am enjoying the challenge even if the tutorials for it leave out so much info I am actually having alot of fun. While I am not sure that learning xasabs will do me any good since it seems the project may or may not be abandoned and that will make it hard to contact for permission to release the game free or commercial usage.Can I ask what your opinions on xasabs is?

Also I yet again did not understand where to put this topic I seen scripting tutorial sections but unless I missed something I seen no general script discussion so I did the next closest topic since it is considered game development.

The latest version for each RM :-

Quote from the xasabs site :-

"Using this system you can create games like The Legend of Zelda, Alundra, Ys, Terraenigma and Secret of Mana, make items like potions, bombs and spells, shields and swords … in fact there is no limit to the kind of items you can create!"

- dynamic sprites (you will have to provide the graphics for it)

I have not used this system extensively, so I will not be able to comment much. Try out the demo to see what it can do.

If you were using VX Ace, there are other scripts that have this kind of system as well.

Although Xiderowg was the original creator of the script, it was later on updated and adopted by Moghunter.

According to Moghunter's website, you are allowed to use all scripts located on his site in both commercial and non-commercial projects. SInce the XAS is also located on his website, it would be safe to assume that it can be used for both types of projects as well.

Ahh I see it is indeed a challenging script as well it doesn't have a very detailed tutorial I am still learning the tool creation I will keep trying though.

Yeah, if it's got tutorials, then it's probably best in Learning Ruby and RGSS, so I'll move it over there

Susan said:
According to Moghunter's website, you are allowed to use all scripts located on his site in both commercial and non-commercial projects. SInce the XAS is also located on his website, it would be safe to assume that it can be used for both types of projects as well.
Click to expand...

There is an issue that  Xiderowg can not be contacted, thus he wasn't asked for any commercial use of a derivative script, based on his own.

It seems Xiderowg just wants attribution, (give vredits) but it was a dead end when I did my research for XAS.

What it seems is not what it is after all.

I would love to know if there are more info

This is NOT Moghunter's site.

He has Terms but let's ask moghunter again just ot make sure.

CAN SOMEONE TRANSLATE TERMS ON THIS PROPERLY? (GOOGLE FAILS)

It seems that my research might come to a conclusion after a year!