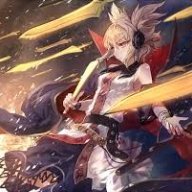 I'm trying to create a basic script that would create combination skills. (Actor 1 and Actor 2 both use up their turns and some MP for a special attack)

Just from looking through some of the scripts in my library, I think that I would need to modify the Game_Actor class, with some form of "skill_can_use?"

The stipulations as to when the skill is usable would be

I think this could be done if I were able to create some method to check whether or not a skill is on the list of combination skills, and then go from there, but I could use some help getting started.