This script enables you to have a pre title scene before the original title screen is presented. You can then show off pictures, texts and even play movies in that scene.

To install any of my scripts, open up your script editor and copy/paste the script to an open slot below Materials but above Main. Remember to save.

Get the script here.

Do credit me, Nicke, if you are planing on using any of my scripts. Thanks.

Can be use in commercial projects.
Last edited by a moderator: Dec 12, 2012

What a find! I can't wait to try this out! Nice work. Hope the rest of your upcoming scripts will be this original and also this useful.

Thanks. I've uploaded version 1.0a now. Corrects a animation bug.

This is very nice but I've run into an issue, The script is unable to find my movie. I have the correct format in the right folder. I also double checked the name to make sure I didn't mess up there.

@Todd: Okay, released 1.0b which fixes that problem. Thanks for pointing it out!

Thanks for fixing it so fast, I found another bug though. Once the movie finishes playing, it will not automatically go to the title.

@Todd: Try it now Look in the movies in settings and you will understand.
Last edited by a moderator: Sep 4, 2012

Once you have the correct video format "OGG Theora" it easily finds my movies even in the first version.

Just remember that they have to be spelled exactly the same.

My question is that button :C is listed in the script as to a skip or press, what button does it refer to to use?

Yeah, you can skip through each texts and pictures using that button.

and I found this to one of the most useful stand alone scripts for ace out now.

It easily gives any game a profession look with an ease and small amount of work. 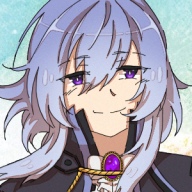 I'd love to use this script, but I just stumbled upon a little issue: Without pressing any button it takes forever to get to the title screen after my picture was shown.

Is it somehow possible to fix this?

You can set up the fade time for the pics and I never press the button.
Last edited by a moderator: Oct 29, 2012

I mean, after the picture was shown. Blackscreen for a long time,kind of annoying (;

This script isn't working with my Yanfly System Script.
Last edited by a moderator: Nov 4, 2012 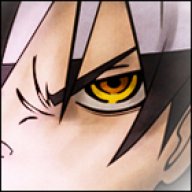 
Code:
Since Yanfly aliases most methods, your scene gets dragged into his changes. I don't know if this is a GOOD fix, I just know it works to fix menu cursors and maybe others. I have a lot of Yanfly scripts in my project and the only one conflicting was Menu Cursors, in which this fixed it. Since no one seems to want to post WHAT SCRIPT is conflicting, it makes it rather hard to do anything about it.

Wouldn't that effectively mess up yanfly's stuff?
Last edited by a moderator: Nov 6, 2012

Yeah, I can check how I can fix that.

Update: Yanfly System should now work with this script, at least the cursor problem is fixed. Let me know if you find any more bugs.
Last edited by a moderator: Nov 6, 2012

Nah, because the way Nicke built his scene it will only affect his script. Instead of aliasing the title and affecting that, he built his own. Although the script you uploaded is 1.0c and you have it written as 1.0d on the page. Is that intentional?
Last edited by a moderator: Nov 6, 2012

TheoAllen
I haven't make anything new yet, but I'm back addicted to writing some MZ plugins. Man, I wish I have more free time like I did 5 years ago.
55 minutes ago •••