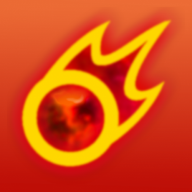 Currently I am using this code from one of Yanfly's tips and tricks videos. (Joint Penalty)

<Custom React Effect>
<Custom React Effect>
// Check if the damage is positive.
if (value > 0) {
// Get the living members of the same party.
var members = target.friendsUnit().aliveMembers();
// Make an empty group to list affected members.
var affected = [];
// We'll go through each member to check them.
for (var i = 0; i < members.length; ++i) {
// Getting the individual member.
var member = members;
// Does the member exist and is the member affected by state 91 (the Joint Penalty state)?
if (member && member.isStateAffected(91)) {
// If the member is affected, add it to the affected group.
affected.push(member);
}
}
// Divide up the damage by how many members are affected.
value = Math.ceil(value / affected.length);
// We'll go through each of the affected members now.
for (var i = 0; i < affected.length; ++i) {
// Getting the individual affected member.
var member = affected;
// Ignore the effect if the member is the target of attack.
if (member !== target) {
// The affected member takes damage.
member.gainHp(-value);
// We'll have the affected member reveal a damage popup.
member.startDamagePopup();
// Clear the results of the effect.
member.clearResult();
// Next, check to see if the member is dead.
if (member.isDead()) {
// If the member is dead, we'll make it collapse.
member.performCollapse();
}
}
}
}
</Custom React Effect>

What this does is make it so that everyone with the affected state disperses their damage they take between each other based on how many characters have that status.

What I want to do is add some extra effects to this, namely:

2. The damage taken by the characters who have the state take defense into consideration.

3. The characters sharing damage also get any states that were inflicted on the target from the attack.

4. The damage taken by the characters who have the state take Yanfly's absorption barriers into consideration.

I've spent a few hours trying to figure this out myself with no luck. I've found a workaround for the second effect but it is a hassle.

I hope this made sense and if you need any clarifications I'd be happy to elaborate. Thanks in advance.

Hello! I changed your script a bit:

This is what I did in the above script; it should now take account of elemental rate.


ruin lance said:
2. The damage taken by the characters who have the state take defense into consideration.
Click to expand...

You want def to affected the value with what formula ?
(I used 'value - def' in the script above)


ruin lance said:
3. The characters sharing damage also get any states that were inflicted on the target from the attack.
Click to expand...

If the target is inflicted a state, you want that state to be automaticaly applied to others or you need to check for state rate?


ruin lance said:
4. The damage taken by the characters who have the state take Yanfly's absorption barriers into consideration.
Click to expand...

I'm currently checking for this...

This is what I did in the above script; it should now take account of elemental rate.
Click to expand...

Looking back on it I didn't do a very good job of explaining what I'd like this part to do and I'm sorry to waste your time like that. I guess I am actually asking for two separate effects, which I will try to explain the best I can.

Once again both of these examples are not taking into account the defenses just for clarity.

If you need me to elaborate on either of those at all just say the word. I totally understand if this is confusing lol

You want def to affected the value with what formula ?
(I used 'value - def' in the script above)
Click to expand...

This works almost perfectly but if at all possible I would like the original target to also be affected by this part. Right now it only affects the non-targets with the Joint Penalty status. If not then it's no big deal because I am already asking for a lot.

If the target is inflicted a state, you want that state to be automaticaly applied to others or you need to check for state rate?
Click to expand...

I would like it to check for state rate.

Thank you so much for your help so far man. I appreciate it a lot.

Doesn't seem to work. Here are my crash logs:

The barriers don't seem to be taken into account on either of the scripts. Originally I thought it was because I was using temporary barrier points but I tried changing permBarrier to turnBarrier and barrierPoints and it also did not work.

It is probably because you're using turn barriers, as I design it for permanent barriers and it's how I tested it in my project... You could replace _permBarrier by _turnBarrier[turn] but I'm not too sure what it is expecting as the turn argument...
It's an array so I guess you could try index 0:
$gameActors.actor(member.actorId())._turnBarrier[0]
You must log in or register to reply here.
Share:
Facebook Twitter Reddit Pinterest Tumblr WhatsApp Email Link