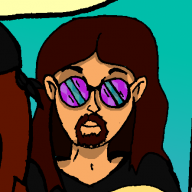 After a good two hours of searching for an answer and trying to fix this issue myself, I have given in and decided to ask for help.
Alright, so, I downloaded Yanfly's plugin for animated sideview characters. Mostly, I just wanted it so I could have actor sprites as sideview enemies.
I uploaded the plugin, under the Battle Engine Core plugin as instructed.
I created an enemy and put in the enemy notes, <Sideview Battler: dancgirl_1>
The spritesheet for "dancgirl_1" is in the correct folder, "sv_actors," everything is in the proper case, and... nothing.
The image for the enemy will not change, and I cannot initiate a battle with the enemy.

I only saw one other person with an issue identical to mine, but she was able to fix it by taking her files out of OneDrive and moving them onto her computer. Mine are already on my computer, I'm not using a cloud service.

Using the sprite sheet instead of an enemy image is pretty important to the style of the game I'm making, and I hate that I've hit this snag so quickly in development.

Can someone please help me?

CraneSoft
Felt like I dodged a bomb, my project was fine right after I force resetted due to a crash as I have yet to start working on it today.....
1 minute ago •••

Clockwarkgate
Hiatus; Still doing my best to get employed.
Today at 12:46 AM •••