Hello, I'm currently working on RPG Maker MV and have been having some troubles with animated enemies. I'm using the same actor for party and enemy using the same skill as an attack with the same notetags. While the party actor is able to change motions from standing to attacking, the enemy actor won't do the same. The enemy actor moves forward with any movement tag but wont perform custom motions itself. I'm wondering if there are other notetags to use when it comes to enemy actors.

This is the notetag for the current skill being used:

Any help would be appreciated!

Your thread title is about sideview enemies, but you only show the action sequence, not any sideview enemy notetags.

What are these custom motion commands you're using? I can't find them in any of Yanfly's plugins - where are they from, and why not use the regular commands?

Hi, Turan! Thanks for reaching out. These are the notetags for the enemy in question:

I can edit the walking animation for the enemy actor just fine, but anything else just doesn't seem to show

On a cursory search I can't find that YED plugin outside of a pack that I'm not going to download just for these purposes.

Does that say it's supposed to have compatibility with the action sequences like this? But if you've replaced it with standard motion commands and you still see nothing...I don't know why.

(why do you have a death break before anything happens?) 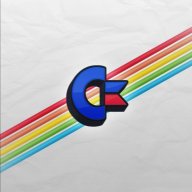 I have been having the same issue for weeks on end, with no solution in sight. It's frustrating I can't seem to get in touch with Yanfly himself, despite paying for his full plugin pack.
Here's my (still unresolved) thread:

Hola folks! I've come across a problem using Yep_X_AnimatedSVEnemies. I have the other required plugins, and I have them in the recommended order. I'm also using Olivia's OTB plugin. When I use notetages to replace default enemy sprites with CV Battler sheets, it works just fine - I get the...

Well, @SumonoskexXx and @C64_Mat I don't know what to tell you.

1) I made a new project, put just the Battle Engine Core and Animated Sideview Enemies plugins into it.

2) I assigned the bat to sideview Actor1_1 and it showed up.

3) I did a battle with the plugin default attack motion set to thrust, then to swing.

4) I left the plugin default at swing, added the sideview attack motion to thrust via notetag, and the bats did the thrust animation at me correctly.

Are you using the current version of the battle core and the sideview enemies? Versions that are mismatched either with each other or with your MV project version can cause unexpected behavior.

If you're sure you have the latest versions installed, and you're sure you have all plugins in Yanfly's recommended order, then I suggest you duplicate the steps I outlined above. If you can start a new project like that and those steps work correctly, then you know it's something else in your project that's conflicting.

If you can't get those results in a new project, then you know something is wrong with how you're configuring the plugins or perhaps corrupted in the plugins or your MV installation.

MarxMayhem
Recently, my time in RPG Maker is spent reorganizing my database. orz
36 minutes ago •••

LyraVultur
It's a little simplistic, but it does support entering custom pronouns.
Today at 8:04 AM •••

slimmmeiske2
Uugh, got a passive aggressive complaint at work and now I'm not sure how to respond...
Today at 7:03 AM •••