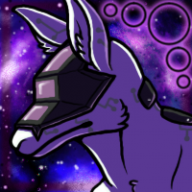 In battle, the characters step forward to attack, and then step back into place when their attack is done. However, every once in a while (seems to happen only when I have 4 party members?) if a character lands the fatal hit, they won't step back into their regular place, and the game crashes.

The error directs me to here in the script:

From what I understand, it's failing to create a spot for the character to move back to? If anyone has any workarounds for this, or any way to create a failsafe to stop the script from crashing, I'd really appreciate it.
I'll paste my full script here too, since I've tweaked some of the editable areas, and maybe those are interfering with the process (perhaps where I've set my characters to stand?)

Pastebin:
Thanks for the help.

EDIT: After further testing, it appears this glitch starts to happen after one specific scripted battle. I'll have to do more testing later, after work, to see what's causing the script to fail because of the fight.
Last edited: Oct 27, 2019

Thanks for the answer! Unfortunately, that doesn't fix the problem, but it was worth a shot!

BUT! Great news, I have located the problem...sort of? Apparently whenever I have 5+ party members, that's the point where the crashes start to occur. Having 4 or fewer is fine, but 5 and up...is crashing the game for whatever reason. Gonna test now to see if it's some of my other scripts interfering with something.

Update: it appears the Classical Active Time Battle script is interfering in some way. Removing that script causes the glitch to disappear. That script is as follows:
Redownloading the original script does not fix the error, so it appears to be a compatibility issue.

requires Ace Battle Engine. Interesting it did not give you any problems. I was wondering what your CATB script showed was.
There may be issues as well with the script order. Yanfly's scripts do have a best order to them.
You should have
Yanfly Core Ace
Yanfly Battle ace
YSA CATB
Yanfly Visual Battlers

I tried adding the Core Ace and rearranging the scripts, but the problem persisted. Thanks for the advice though! Seems like it's a compatibility issue.

I've downloaded Jet's Viewed Battle System script and it seems to be working fine with my other scripts while still providing close to what I wanted. I'll be using that instead, I guess.

Pots Talos
I hate doing voice over videos but people said they like hearing about the details.
Yesterday at 12:56 PM •••