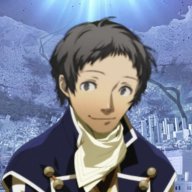 In making a game, I have decided to use both Archeia's PTB (a SMT Nocturne-like battle system, can be found here: https://divisionheaven.me/material-list/rgss3/press-turn-battle-system/) and Yanfly's Skill Restrictions (it allows me to put cooldowns on skills, can be found here: https://yanflychannel.wordpress.com/rmvxa/gameplay-scripts/skill-restrictions/).
It seems that these two have an incompatibility problem, as skill CDs seem to be counting down in 4s instead of 1s (this means that a skill that has a CD of 10 will go down 4 each turn instead of 1). I've tried both scripts in isolation from one another and they work just fine, I've even tried to play around with Skill Restriction's CD rate but to no avail.
It seems obvious to me that these two scripts don't like to work together, but I can't figure out why. I would be thankful if someone were to point out to me why this is, and if there is a way to solve it, as I appear unable to solve this.
Thanks in advance.

Edit: Added a photo that shows my script order, it might help.

LunarFlareStudios
Got MV on Steam during the Lunar New Year Sale! Happy Year of the Rat everyone!
16 minutes ago •••